When considering the communicable attributes of God - those attributes of his that he has graciously shared with his creatures – it’s not often that I think of His being Spirit. Usually I think of attributes like love, kindness, wisdom, grace, or goodness as less abstract than spirit. [1] However, it is true. God is Spirit and has communicated to us - his creatures - a spirit as well.

Understanding what God is, helps us understand what we are, and so the Scriptures indicate that God is indeed Spirit (John 4:24; 2 Corinthians 3:17). However, the scriptures do not indicate that God is merely a Spirit, or another Spirit, but that He is Spirit. The significance of this is subtle, but let me suggest that this demonstrates that all the essential qualities which belong to the perfect idea of Spirit are found in God; that He is self-conscious and self-determining. So if we ask the question “what is God?” beginning with the reality of Him being Spirit, it would necessarily follow that He is “...infinite, eternal, and unchangeable, in his being, wisdom, power, holiness, justice, goodness, and truth.”[2] This being the case, it is easy to see that while we are given a spirit, we are at the same time vastly different from God.

When we speak of God communicating spirit to us, in actuality we are discussing God forming us into his own image. In Genesis 2:7 we see God forming man out of the ground, at which time man was a lifeless lump. However, at that moment - when man was without life - God breathed into the man's nostrils; He breathed the breath of life into him, or, in other words, God put His spirit into the man, He animated his creature, making him a living being. It was this act of the Lord that originally made man in His image. God made a sweeping declaration on behalf of man and not beast  that he would be made in God’s image, and so it was (Genesis 1:27). Man, at that moment in time was of a sinless glory, maintaining a radiant frame, existing in splendor because of the good favor of the Lord. Yet it was at this time that sin entered into the life of this creature made in God’s image.

The sin of disobedience toward God by man in the garden marred significantly the image of God in man. That sin spoiled what was once of great glory, and caused separation - a chasm - to be created between God and man. The spirit that God had imparted to man causing him to be created in the image of God was now disfigured and flawed; it was however, not destroyed entirely. We know this because centuries later, after the flood, God made it known that “Whoever sheds the blood of man, by man shall his blood be shed, for God made man in his own image” (Genesis 9:6). God required that the life of those who murder be taken from them for the chief reason that humanity is made in the image of God. So we see clearly that the image of God still remains, yet it is in great shambles, similar to a town after a hurricane has gone through and all the buildings have been torn from their foundation. We would still be able to make out where the buildings were, and see the outlines of the streets, but it would be an utter ruin; entirely unusable.

This is where a glorious turn takes place. This is why Jesus became incarnate. He became the new man to set right what was wrong, to be the new Adam to a new humanity, to make beautiful a garden that was left to rot. Jesus came to restore the image of God in man, and because of this we are guaranteed “to bear the image of the man in heaven”[3] because he has mended what was previously torn asunder. When the Spirit of Christ changes the heart of man they are made into a new creature. But what is meant by a “new creature?” Well certainly our skin does not change, our wrinkles remain, and our bodies continue to grow old. So what is meant by “new?” It is that our spirit is made new (and our bodies will be), and restored by the Spirit of Christ filling us! Our faces become unveiled, and we are transformed to a new degree of glory, and this is done by the Lord who is Spirit[4] and has graciously communicated this to us.

Nick Muyres is a USN veteran and now lives in Pittsburgh PA with his wife and 3 children. He owns and operates a handyman business and is a graduate of Liberty University with a Bachelors Degree in Christian Counseling. He is currently pursuing a certification in biblical counseling through RPTS with the ACBC. 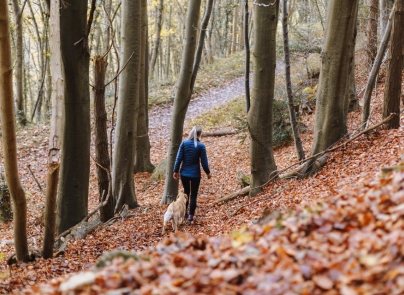