A Celebration and Lament over Science

What is the meaning of science? Let me begin with a personal reflection.

I have been given the unfathomable privilege of sight. I have seen awesome beauties. I have seen Niagara Falls and Yosemite Falls, and tall sequoia trees. I have seen the Grand Canyon, falling snowflakes, and fireflies.

I have also seen the stars. I had the privilege of being out on a farm ten miles from town, on a night with a clear sky. They are beautiful. Piercingly beautiful.

The stars have been there longer than humanity existed. Four thousand years ago, Abraham the son of Terah saw them:

And he [the Lord] brought him [Abraham] outside and said, “Look toward heaven, and number the stars, if you are able to number them.” Then he said to him, “So shall your offspring be” (Gen. 15:5).

The heavens declare the glory of God,
and the sky above proclaims his handiwork.
Day to day pours out speech,
and night to night reveals knowledge. (Ps. 19:1-2)

Do we today have the same reaction that David did? No, not everyone does. Many appreciate beauty and majesty, but they are not paying attention to God. They do not see him.

Working Hard Not to See

The Bible indicates that God created human beings to live in fellowship with him. In the beginning, they could see that the stars declared the glory of God. But the first human beings broke their fellowship with God. They rebelled. They wanted to be like gods themselves. And with that rebellion they put out their spiritual eyes, so to speak. Now we work hard not to see the obvious thing about stars, namely that they declare their Maker. We work hard because we cannot bear to admit our dependence on God. At the same time, we cannot bear not to desire beauty, which reminds us of the beauty of God. We are miserable.

In the Bible, God tells us that the only way back is through his Son, Jesus Christ. He is the Way who brings us back to know God. Through the power of the Holy Spirit, eyes formerly blind are opened. They see the stars again, as David saw them.

The Development of Modern Science

The stars have been there as long as human beings have existed. But there are other things about the world, more secret than the stars.

It is hard for me to imagine the excitement that Galileo Galilei experienced. He built telescopes. Through the telescopes he and other viewers saw things that God had prepared from all eternity, but had never before been seen by human eyes. Galileo saw the four brightest moons of Jupiter. Not one, but four! How beautiful! How fascinating! How like the solar system itself, with its planets circling around the sun! Galileo also found that the Milky Way consisted in a huge number of faint stars. There were far more stars than what was visible to the naked eye.

And what of Johannes Kepler? Kepler found that the planets traveled approximately in ellipses—ovals, not circles—around the sun. Kepler was the first in the whole history of the world to see this marvel. Here is his reaction:

It now remains that at last, with my eyes and hands removed from the tablet of demonstrations and lifted up towards the heavens, I should pray, devout and supplicating, to the Father of lights: O Thou Who dost by the light of nature promote in us the desire for the light of grace, that by its means Thou mayest transport us into the light of glory, I give thanks to Thee, O Lord Creator, Who hast delighted me with Thy makings and in the works of Thy hands have I exulted....[1]

Kepler praised God, because he saw that these glories and beauties were from God.

Over the years and centuries, these scientific investigations blossomed and multiplied. It became like a growing snowball, rolling down a slope, and accumulating more and more snow. Sciences grew with more and more insights into secrets hidden from the foundation of the world. There are so many stories; I cannot tell them all (Darwinism deserves a special note; see below).

The twentieth century in many ways outshone all the previous centuries:

Scientists uncovered the secrets in the very small (quantum mechanics), and in the very fast (the role of the speed of light and the theory of relativity).

Scientists uncovered the secrets in the very big. Only in the twentieth century did astronomers firmly establish that some of the lights in the sky came from distant galaxies, galaxies like the Milky Way. The galaxies extended out farther and farther away, to unfathomable distances.

Scientists uncovered mathematical secrets to match the physical secrets. There was awesome beauty in the equations for Einstein's theory of relativity, in the Schrodinger equation for quantum mechanics, in Dirac's equation for the electron. The beauty of the equations corresponded to hidden beauties in the world.

And scientists have not stopped; they continue to discover more about God's wonderful world into the twenty-first century.

Praise, and Also Not

How do we respond to all this discovery?

When David saw the stars and the sun, he praised God. What spectacular new beauties we now have on display, through the discoveries of the twentieth century! These things are so wonderful as to surpass the imaginations of previous generations. And so, the twentieth century and onward should be the greatest century ever, in the whole history of mankind. We have so much more than David. One would expect that we would be overwhelmed with the beauty, majesty, and wisdom of God, and offer him the most profound and moving praises.

But it has not turned out that way.

The discoveries are wonderful and awesome. But human nature has remained the same. As in David's time, so also it is now; we take the very best, the most wonderful gifts, and somehow find a way to misuse them.

I celebrate the science of the twentieth century. I have lived through the last half of it, when the number of wonders grew spectacularly. It is a source of great joy. But I lament as well, because we remain spiritually blind. We are crippled in praising God. And we are mismanaging our hearts. So also, we come to mismanage government. Six million Jews died in Nazi Germany. 3.9 million people died in Ukraine, and probably 6 million total under Stalin's repression. 65 million died in China under Mao Zedong. The human heart has not changed.

What should we conclude?

We are still spiritually blind. 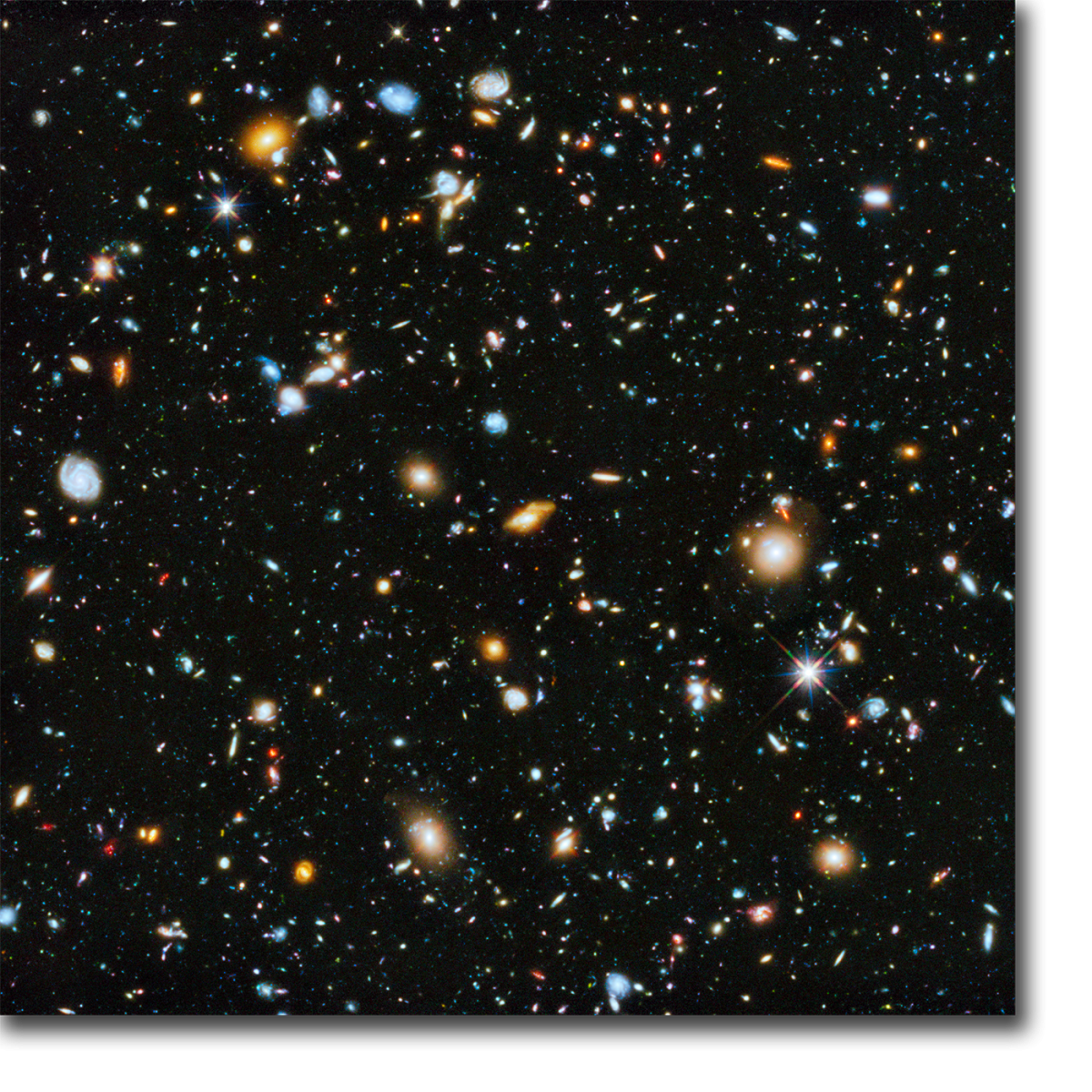 The story of Darwinism is filled with complexity. Unfortunately, the popular mind has only a selective story. We may briefly mention three parts that it leaves out.

First, the popular mind thinks that Darwinism led to dispensing with God. And there is some truth in that claim. Darwinism was used by many of Darwin's admirers to dispense with God. But it is often forgotten that this removal of God was accomplished, not by means of evidence, but by leaping a logical and philosophical gap. The elimination of God arose from a religious interpretation of the meaning of processes of change in the history of life.

We need a brief explanation. The Bible indicates that God causes "the grass to grow for the lifestock" (Ps. 104:14). He "makes his wind blow and the waters flow" (Ps. 147:18). He brings about every single event that happens in the course of history (Eph. 1:11), and every single event in the lives of every animal and every plant (Ps. 104:29-30). The regularities that scientists study are regularities that God brings about and that he specifies. The regularities show his faithfulness.[2] In addition, the random events show his decision-making in what is random (Prov. 16:33).[3] For his own purposes God may also from time to time do things differently than the normal regularities. We call these different events "miracles."

Since God is present all the time in all the events, no one can demonstrate his absence by pointing to any specific processes, including processes that some people call "evolutionary." After all, all the processes are due to God. Rather, people simply assumed that if they could explain the processes, they had excluded God. They drew the conclusion, not on the basis of evidence, but on the basis of a philosophical and religious assumption that they had already adopted prior to the evidence.

The second element that is usually omitted in the popular story is that the theory of evolution bearing Darwin's name had two principal founders, not one. Charles Darwin is the better known of the two. The other was Alfred Russel Wallace, who conceived of the theory of evolution at about the same time that Darwin did. Wallace eventually came to believe that undirected evolutionary processes were not sufficient to account for the whole history of life. He maintained that the process had purpose. Whose purpose?

It was natural that cultural leaders would embrace Darwin's view, rather than Wallace's, if they were already inclined for religious and philosophical reasons to prefer to exclude God. But that choice to prefer Darwin confirms that other desires were at work, not just the force of evidence.

The third element that is usually omitted is that throughout the history of Darwinism there have always been scientists who were skeptical of it. The skepticism continues to this day.[4] Unfortunately, there are also vigorous attempts to expel such skeptical people from the academic community and to suppress their voices.

Vern S. Poythress is Distinguished Professor of New Testament, Biblical Interpretation, and Systematic Theology at Westminster Theological Seminary, Philadelphia, Pennsylvania, where he has taught for 45 years.

"A Brief Theology of Human Origins" by William VanDoodewaard

"The Good, the True, the Beautiful," review by Louis Markos

All Mankind Descending From Him? by Richard Gaffin

Insuppressible: Glory, Gospel, and The Design Of Life, with Derek Thomas, Gabriel Fluhrer, and Douglas Axe

God, Adam and You, ed. by Richard Phillips

[3]    Vern S. Poythress, Chance and the Sovereignty of God: A God-Centered Approach to Probably and Random Events (Wheaton, IL: Crossway, 2014).

[4]    https://evolutionnews.org/. The website "A Scientific Dissent From Darwinism," https://dissentfromdarwin.org/about/, collects signatures from scientists who agree with the following short statement: "We are skeptical of claims for the ability of random mutation and natural selection to account for the complexity of life. Careful examination of the evidence for Darwinian theory should be encouraged." It also summarizes: "The list is growing and includes scientists from the US National Academy of Sciences, Russian, Hungarian and Czech National Academies, as well as from universities such as Yale, Princeton, Stanford, MIT, UC Berkeley, UCLA, and others." The website warns: "In our experience, expressing dissent from Darwinism can generate controversy and be unsafe, especially for those who haven’t earned tenure. If you have not received tenure, you may want to consider carefully whether you should sign."