Christians often polarize one another over their approaches to apologetics. While different apologetic schools compete for dominance in Reformed churches, contextual studies of classic Reformed thought on the subject are often missing from current conversations. John Fesko seeks to fill this gap by exploring and retrieving classic Reformed ideas and bringing them to bear on modern debates. His particular focus is on retrieving the "book of nature primarily for use in defending the faith" (4). He argues ultimately that we should use the book of nature in conjunction with the book of Scripture to follow the example of our Reformed fathers in the task of defending the faith. Even those who disagree with Fesko will have to reckon seriously with his careful and wide-reaching historical and biblical analysis.

Fesko develops his subject clearly and well. In eight chapters he takes readers through the light of nature, common notions, John Calvin, Thomas Aquinas, the concept of Christian worldview, transcendental arguments, dualisms, and the book of nature as it comes to bear on apologetics. From the perspectives of systematic and historical theology, Fesko seeks to recover a classical Reformed approach to defending the faith, with a special emphasis on the use of natural theology in apologetics (xii). He devotes particular attention to the idealist background and historical context of the thought of Herman Dooyeweerd and Cornelius Van Til, offering both appreciation and critique along the way. One great strength of Fesko's research is that while he appeals to specific authors to guide his narrative, he does not rely on them exclusively. He draws from a vast amount of contemporary authors to show clear trajectories, and diversity, among the theologians he cites. This makes his conclusions more solid and satisfying, especially with regard to the teaching of classic Reformed orthodoxy. Another useful, though likely controversial, aspect of this book is that the author not only places Reformed authors in context, but he evaluates Van Til and others in context as well. He shows ably why older Reformed authors accepted the idea of common notions in fallen people by virtue of the remnants of the image of God in them as well as why later post-Enlightenment authors rejected these ideas. Appropriately, he closes his book with an exhortation to humility and Christ-likeness in our apologetic endeavors (215-218).

Fesko's treatment of Thomas Aquinas is particularly illuminating. Most Reformed historical theologians and systematicians do not have first hand knowledge of Aquinas's writings. Fesko remedies this to a large extent by bringing Aquinas into conversation both with Reformed historical theology and contemporary apologetics. While critiquing Van Til's reading of Aquinas as overly dependent on secondary literature, he argues that "Van Til and Aquinas have more in common than most assume" (72). Both rested on the foundation of Scripture and of faith seeking understanding (95). Both also used the language and categories of the philosophy of their times. The fact that Thomas wrote his Summa as a guide to understand Scripture, which he augmented with his biblical lectures, corroborates this idea beyond the evidence Fesko provides. Calvin later followed a similar method. Agree or disagree with Fesko, understanding Aquinas on his own terms and in his own context is an important piece of our Catholic Christian legacy that must enter into such discussions.

This book has been well-anticipated and I have rarely seen a book gain more attention prior to its publication. It is a good model of how to present historical ideas in their contexts and to bring them into conversation with contemporary issues without sacrificing proper historical method. Fesko's research may prove earth-shattering to some and at least earth-quaking to others. His arguments from primary sources are compelling and they ring true with this reviewer's own research in classic Reformed authors as well as Thomas Aquinas. Whether or not one fully agrees with the author's conclusions about apologetics, readers of every persuasion cannot afford to pass it by as they grapple with the implications of Reformed theology for defending the faith. 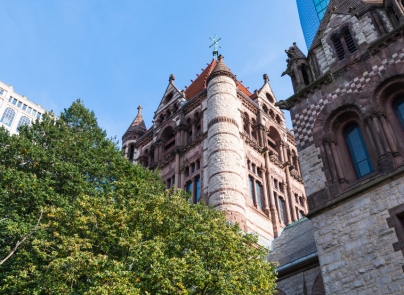 Martin Luther and Stinkering at Satan