If Our Ethics Are Steering the Wheel, We Shouldn't Be Surprised by the State of Theology

Aimee Byrd
October 17, 2018
I received a preview of Ligonier Ministries’ State of Theology survey in my inbox last week, revealing what evangelical Americans think about God, Jesus Christ, sin, and eternity, and was afraid to click on it. I can already see the state of theology all around me. It’s easy to blame the secular culture around us or the denominations that don’t take theology seriously. But bad theology is perpetuated in our own circles.
Unfortunately, a trend I have noticed in the evangelical church, particularly in our parachurch groups and popular level so-called Christian books marketed to us, is that we care more about ethics than really knowing these primary doctrines. As long as everyone is on the same page with the sexuality, pro-life, and other social issues the church is up against, Christian authors and readers have been given a lot of leeway. 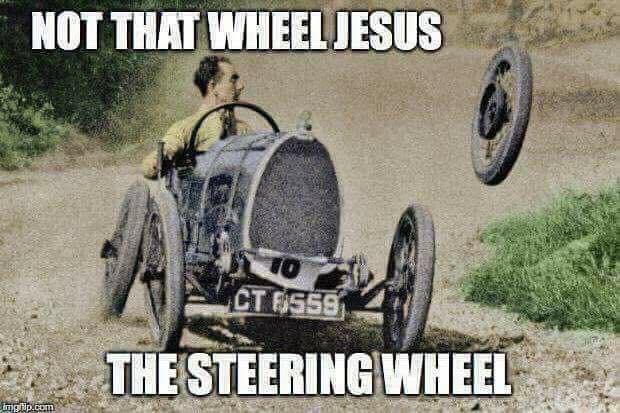 Brothers and sisters, we have our priorities out of place.  We should care about social issues and sexuality because of what we know about God and salvation.
I have written so much about how our own Christian books are conditioning us to have a low view of God and his word, a high view of man, and a distorted gospel. I’ve mentioned how, for example, no one seemed to be alarmed about a popular women’s author’s troubling views on God’s Word or man’s ability to save himself, until she came out saying that homosexuality can be considered holy. The line was drawn at Christian ethics, not at the Christian message.
And so I asked, why are we surprised by this? If we accept bad theology on the basics, our ethics are going to follow suit. And our updated survey is showing just that:
This year, for the first time, more Americans agree that the Bible’s teaching on same-sex relationships is outdated than disagree.
STATEMENT NO. 29
The Bible’s condemnation of homosexual behavior doesn’t apply today.
Finding:
44% agree vs. 41% disagree
*All participants in 2018
As we are rightly concerned about ethics, I’m also concerned about writers, preachers, and teachers in our circles forming alliances with others who advocate for social issues we hold dear, even as their teachings in some primary doctrines have serious theological problems. It can be beneficial to join forces over ethics, but we need to be upfront, not silent, about our theological convictions in the process. Sharing platforms and cross-promoting needs to be done honestly. Because if our ethics are steering the wheel, we will lose our orthodoxy and the ethics will all loosen anyway.
I care very much about social issues. But they come from my theological convictions. I’m concerned about how low or bad doctrine has been accepted and promoted for the sake of our social stances. This was painfully demonstrated when we called for complementarian evangelicals to take a stand on an orthodox view of the Trinity. I thought, as complementarian leaders have called out the abuses in feminism and the sexual revolution, they will surely call out the unorthodox teaching on the Trinity. I thought, they will surely correct those who use that teaching to apply it to social relationships, saying women are eternally subordinate to men---right? Because that is really bad. We’re talking about who God is. And that would distort the gospel. That would take from women what Christ said would never be taken from her.
But it was taken. And the top complementarian leaders were silent. No retractions. No apologies. No, instead, there was just a little shuffling of leaders. Instead, I was criticized for my tone. Apparently, when confronting abuse and heresy, you are to have a gracious and submissive tone---if you’re a woman, that is. Because then people will respond? No, they still don’t respond. I had that tone back in the day, when I believed in complementarianism. No one remembers that because no one listened. And with the nice tone and all, it wasn’t very interesting.
The thing is, what these complementarians believed about social relationships between men and women was steering their theology of the Trinity. We were given this response by the new president of CBMW:
I am a Danvers complementarian. That view of gender is not and never has been reliant upon an analogy to the Trinity. Biblical complementarianism neither stands nor falls on speculative parallels with Trinity…
CBMW exists to promote the Danvers vision, which is silent on this current controversy.
This is the same organization that most promoted the errant view of the Eternal Subordination of the Son. This is a primary doctrine. All of the sudden, it doesn’t matter as long as everyone agrees on women still being subordinate.
I’m sad about the state of theology today. Very sad. But before we shake our heads, we need to begin in our own circles.
Share on Facebook Tweet Widget