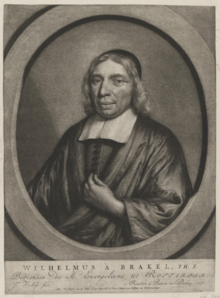 Can faith damn us? The Dutch “Puritan” theologian Wilhelmus à Brakel (1635-1711) argued that the first sin of Adam and Eve was unbelief. To state this differently, they exchanged faith in the Word of God for faith in the word of the Serpent (The Christian’s Reasonable Service, 1:372-373; print; online). He argued that in perfect humanity, emotion would have been subject to the intellect. Therefore, the temptation of Satan in the Garden of Eden consisted in appealing to the judgment of Adam and Eve. God told Adam and Eve that "in the day that you eat of [the Tree of the Knowledge of Good and Evil] you shall surely die" (Gen. 2:16). Satan told them that they would be as gods instead (Gen. 3:5). à Brakel concluded:

The issue at hand – namely, not to die, but to gain wisdom by eating of this tree – was confirmed by faith, this being the act whereby one holds the words of someone else for truth. Therefore the first sin was faith in the serpent, believing that they would not die, but instead gain wisdom. . . . Therefore, the first sin was not pride, that is, to be equal with God, also not rebellion, disobedience, or an unwarranted appetite, but unbelief (1:373).

Unbelief is misplaced faith. à Brakel argued that the first link in a chain that led to all other sins. As Paul preached justification by faith, Adam experienced damnation by faith.
Allow me to add some practical reflections of my own. Adam’s damnation by faith has far reaching consequences for the human race. Faith ultimately rests upon the testimony of another rather than upon bare evidence. This is the primary point of John Owen’s (1616-1683) book, The Reason of Faith (Works, volume 4). Owen argued that it is the nature of faith to rest upon the authority of testimony. The primary reason why believers have faith in the divine authority of Scripture is that God Himself has spoken in Scripture. In light of à Brakel’s comments, it is noteworthy that Adam and Eve accepted the word of the serpent without prior evidence. Their true trial was considering whether they would rest on God’s authority alone, or on the authority of a creature. This accurately describes the history of faith in the Triune God versus unbelief ever since man’s Fall into sin. Those who reject God’s Word act like they do so based upon evidence or lack thereof, but they have unknowingly believed the lie of Satan by faith. The ultimate lie of Satan is that man’s reason and judgment rather than God’s authority determines the nature of reality, truth and falsehood, and right and wrong. Was this not the sin of our first parents?
Today, people trust in the authority of scholars who assure them that Jesus of Nazareth did not exist, or that Christianity has perverted the story of the “real Jesus.” People rest on the authority of scientists to tell them about the origins of the universe rather than believing the Word of God. When individuals consider the diversity of religious opinions among humanity, many conclude that no one can know “the meaning of life” or that all truth is relative, otherwise all human beings would agree over these questions. The thread that ties all of these thoughts together is placing faith in the creature rather than faith in the Creator. The result is the conclusion that if man cannot determine truth by himself, then there must be no such thing as truth. Conversely, what man has determined to be “true” is true, regardless of what God or anyone else says to the contrary.
At the bottom of our thinking, we all rest by faith on someone’s testimony. What à Brakel illustrates is that our faith rests either on God’s Word or on a creature. Fallen human beings have exchanged the truth of God for a lie, by believing Satan’s original lie to our first parents. The question that continues to confront the human race continues to be, “Whose authority shall you receive by faith: God’s or the creatures?” Do not be deceived when non-Christians tell you that you rest on faith and that they rest on reason. As with Adam and Eve, all reason and evidence begins with faith in some authority. Just as we receive justification by faith in Christ, our first parents received damnation by faith in the serpent.
Share on Facebook Tweet Widget