John Calvin called justification as “the main hinge on which religion turns” and said we must devote great attention to it (Institutes, III.xi.1). When we consider justification’s role in the order of salvation it plays a crucial role in distinction from other element but not in separation from them. As Calvin writes, “For unless you first of all grasp what your relationship to God is, and the nature of his judgment concerning you, you have neither a foundation on which to establish your salvation nor one on which to build piety toward God” (Institutes, III.xi.1). To say that justification as a sort of primacy in the order of salvation is not to say it functions in exclusion from the other elements just as we recognize the human heart is crucial to the body living but it functions within an entire system that includes lungs and blood vessel from which it cannot work without.

In terms of a logical order, justification flows from faith and repentance. In other words, the sinner who has been elect from the foundation of the world hears the gospel and as the Spirit draws them (effectual call and regeneration), they believe in the Lord Jesus and repentant towards God. Through their profession of faith, they are declared righteous by God who is the judge.

First, faith in the means by which justification is received. Justification is not granted on the basis of behavior or works of the Law. Rather, this verdict from the judge is received by faith. While the faith that saves is active in the sense that the believer exercises faith, we should also rightly believe that faith is passive in that it receives a gift. Faith is an act of trust whereby  righteousness is declared upon the sinner. Paul says, “But the righteousness based on faith says, “Do not say in your heart, ‘Who will ascend into heaven?’” (that is, to bring Christ down)” (Rom. 10:6). Instead faith trusts the word of God that is proclaimed (Rom. 10:8). We do not reach up and grab our status before God but believe what he freely grants for those who trust the person of Jesus.

Second, justification is a legal declaration. Upon our trust in the Lord and Savior, God the judge declares the sinner to be righteous. God’s righteousness is a legal verdict that is given to the person. He acts savingly on their behalf in declaring the ungodly to be righteous. The believer in Jesus is not internally righteous or receiving a verdict because they did the right thing. The believer is a sinner but God declares them as “not guilty,” more specifically that they have a positive standing before the judge: “righteous.” This is why Scriptures say:

Rom. 4:4 Now to the one who works, his wages are not counted as a gift but as his due. (5) And to the one who does not work but believes in him who justifies the ungodly, his faith is counted as righteousness, (6) just as David also speaks of the blessing of the one to whom God counts righteousness apart from works: (7) “Blessed are those whose lawless deeds are forgiven, and whose sins are covered; (8) blessed is the man against whom the Lord will not count his sin.”(9) Is this blessing then only for the circumcised, or also for the uncircumcised? For we say that faith was counted to Abraham as righteousness.

God counts us not as we are but as Christ is. We are given a legal verdict or reckoning that in not inherent to who we are or acts of faith we have done but despite of who we are and what we did. He grants us justification as a gift we receive from outside of ourselves. We do not bring justification into us but God declares it upon us. Even more, then in the ordo for those God justifies, he also transforms and glorifies. Justification is not in itself transformative but those upon who God gives the verdict “righteous,” he works to bring all the other fruit and benefits of grace.

Third, justification is an outworking of union with Christ. We are justified because before the foundations of the world God chose us in Christ apart from any good works or character in us or anything God foresaw about us. Those whom God elected, Christ died for. And those whom for Christ died, the Spirit applies. Thus, we come to hear the gospel and receive this salvation. The verdict is given to me because I belong to Christ. I fully participate in his death and resurrection. My sins are reckoned or counted upon him and his death. His resurrection is reckoned or counted onto me (Rom. 4:25). God raised up Christ and declared “This is my Son in whom I am well pleased. Come sit at my right hand” (Ps. 2; Acts 2; Rom. 1:3-4). That verdict ‘righteous one’ is given to me now even though I do not deserve it.

Fourth, justification entails the imputation of Christ’s righteousness. I do not have what it takes to stand before God in my own strength and power. I am filled with ungodliness. Even if we measure all that I do in my Christian life by the power of the Holy Spirit, my best deeds are always tainted by my sin. And if there is sin in what I do, then my actions are not sufficient to give me standing before God let alone erase the wrongs I have committed. This is why I need Christ. I need a perfect righteousness from the one who was the true human and responded to God, loved God and obeyed God in true and perfect humanity.

In the outworking of my salvation and the order of its application, when I am justified all that Christ has done in his true humanity is given to me. As we have said the same verdict given to him is now declared over me because I belong to him.

There is no hope of salvation and eternal life without justification. There can be no order of salvation and no application of redemption if there is no justification. It stands in primacy. Justification does not stand in exclusion to the other elements. While we can spend our time here focusing on it, we cannot never remove it from all the elements in the ordo salutis and that is what makes the whole work of God to accomplish my salvation such a beautiful multi-faceted diamond. It is truly a treasure above all else. In salvation Jesus Christ becomes mine, and his righteousness is thus accounted to me along with all the other saving benefits he brings.

Tim Bertolet is a graduate of Lancaster Bible College and Westminster Theological Seminary.  He earned his Ph.D. from the University of Pretoria, South Africa. He is an ordained pastor in the Bible Fellowship Church. He is a husband and father of four daughters. You can follow him on Twitter @tim_bertolet. 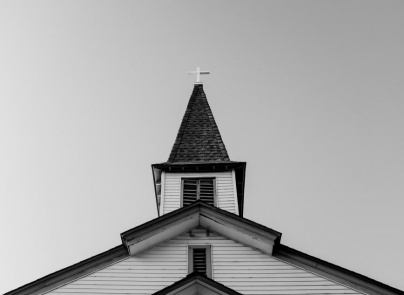 Rebecca Protten and the First Black Protestant Church in the Americas

Evangelism Around the World Podcast