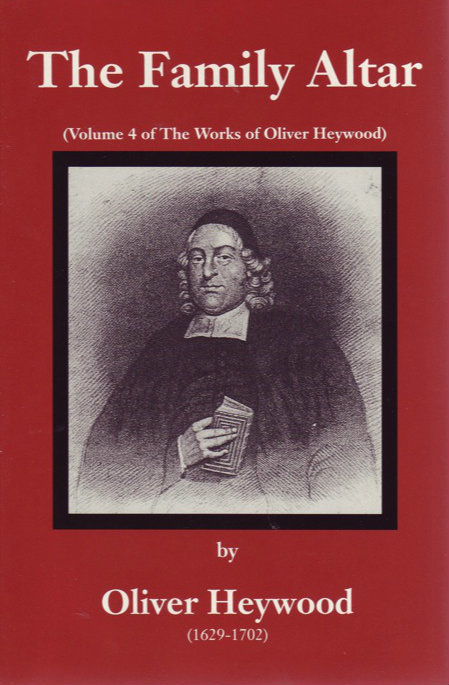 If there is one Christian book that everyone seems to be talking about this year, it is The Benedict Option by Rod Dreher. Subtitled “A Strategy for Christians in a Post-Christian Nation,” it discusses how can respond to changes in our culture through the development of communities loosely modeled on or inspired by the monastic order founded by Saint Benedict. One part of this strategy that Dreher says is absolutely critical is the maintenance of a vibrant Christian home life:

“Just as the monastery’s life is ordered toward God, so must the family home be. Every Christian family likes to think they put God first, but this is not always how we live…If we are the abbot and abbess of our domestic monastery, we will see to it that our family’s life is structured in such a way as to make the mission of knowing and serving God clear to all its members. That means maintaining regular times of family prayer. That means regular readings of Scripture and stories from the lives of the saints – Christian heroes and heroines from ages past…Living in a domestic monastery also means putting the life of the church first, even if you have to keep your kid out of a sports program that schedules games during your church’s worship services” (pgs. 124-125).

Would it interest you to know that this idea is not remotely new? Nearly four centuries before Dreher was lamenting the decline of Christian culture in modern America, the Puritans of 17th century England were searching for their own ways to maintain true religion in a largely hostile society. One such Puritan was Oliver Heywood, whose stand in favor of a Presbyterian form of church government and opposition to the Book of Common Prayer resulted in his ejection from the pulpit under the 1662 Act of Uniformity. He traveled the country preaching sermons at various locations, often in secret. This caused him to be excommunicated and suffer various other penalties and fines (Meet the Puritans, pgs. 340-341). Heywood knew what it was to face opposition for one’s faith.
In the later years of his life, he wrote a treatise on family worship that was in its own way a revolutionary statement. It may not seem so at first glance, but the principles described in The Family Altar were meant to have a definite impact on society:

“Family worship will make up a defect in, or want of public ordinances; Providence may cast your lot in places where the streams of the sanctuary run low or muddy, in this case, house-wells may do you such service; when public persecution breaks up church assemblies, house worship will maintain religion in the world, and the private fire will break out into an open flame: what had become of religion had it not often lodged in private houses? This hath been God’s usual reserve to maintain the power of godliness; church history tells us, that the open profession of the gospel hath been at a low ebb, and this hath helped it to a glorious resurrection: ministers were banished, assemblies scattered, churches demolished, and scarce any appearance of public meetings; yet then the fire glowed hot at private hearths, and in God’s due time a door was opened for public assemblies: how much are we indebted to God for house altars! And such a day may overtake us again…” (The Whole Works of the Rev. Oliver Heywood, Volume 4:362-363)

Heywood witnessed with his own eyes godly churches shut down and godly ministers forced out of their pulpits. When he wrote about the need for family worship, he did so with a sense of urgency. He saw the need in his country for a return to true Christianity, even as many of us do in our own society. The solution he recommended is perhaps not the one that would leap to the forefront of our minds. He suggested starting with the most basic institution that God has established: the family. The institution of family worship was in Heywood’s opinion not only the most crucial task assigned to heads of household, but also a primary means of improving society:

“In vain do you complain of magistrates and ministers, while you that are householders are unfaithful to your trust. You complain that the world is in a bad state, what do you do to mend it? Do not so much complain of others as of yourselves; and complain not so much to man as to God, and plead with him for reformation, second also your prayers with earnest endeavours; sweep before your own doors; act for God within your sphere” (Works, 4:285-286).

In this series, we will examine just what Heywood meant by family worship and how we can implement it in our own homes today.
Share on Facebook Tweet Widget