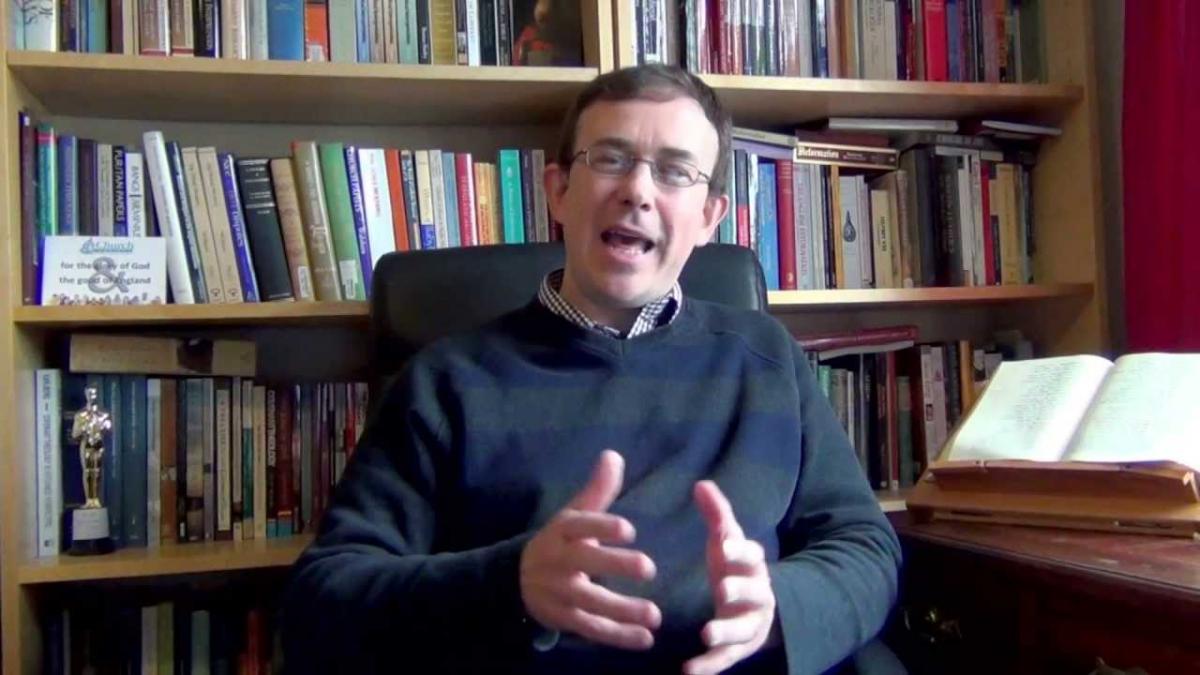 The word "Anglicanism" is a slippery one. In the nineteenth century, the “high church” Oxford Movement tried to invent this idea that the Church of England was a nice middle way (a via media) between Rome and Geneva. Not Catholicism, not Calvinism, but Anglicanism. A nice, moderate, compromise sort of church in continuity with the Catholic Church but reformed (small "r") of a few Medieval abuses and Roman silliness. This is a nineteenth century fabrication of course, reliant on some strange historical reconstructions and bizarre readings of the Thirty-Nine Articles of Religion, invented by people like John Henry Newman (1801-1890)—who, you may recall, clearly loved Anglicanism so much he became a Roman Catholic and was made a Cardinal!

I heard a Cambridge history professor recently (lamenting the recent death of the great Patrick Collinson) say that we really need to move beyond the strange idea that Puritans were not part of the Church of England, but some kind of external, foreign-inspired invaders. They were not; many of the great names we celebrate and “meet” on this blog were in fact ordained Anglican ministers. (I’m sorry if that upsets, shocks, or offends anyone...!) I am of the view that the Church of England is, historically-speaking, not some special “third way” between Protestants and Catholics, but another branch of the international Protestant Reformed church. That’s how most people saw it in the 16th and 17th centuries (and beyond). Historians like Patrick Collinson, Nicholas Tyacke, and Anthony Milton have established this “Calvinist Consensus” view carefully and solidly. The C of E is Reformed—not Catholic. It is Reformed—not Lutheran. It is Reformed—not Arminian. I think that’s pretty clear from reading the Thirty-Nine Articles in their historical context, and from reading the (perhaps surprisingly) Reformed writings of early modern Church of England theologians and bishops.

Ah yes, we have bishops. That’s a difference of course, from most Continental Reformed churches. But other Reformed communities had bishops too, so we’re not unique. And others who didn’t have them, but some kind of Presbyterianism instead, sometimes wished they did. (And if I may be permitted a little contemporary observation—some Presbyterians and Baptists who claim they don’t have bishops, really do, don’t they? In all but name).

So if you hear or read someone say ”Anglicanism” was invented in the nineteenth century by the Oxford Movement, or by the bitter bishops who swept back into power in 1660 with Charles II, blow a raspberry at them. It goes back further than that! The word "Anglican" was in use from at least the end of the 16th century precisely to describe the English manifestation of the international Reformed movement. Our beloved Puritans were a part of that wider current. There is even a reference in a 1616 book called Tessaradelphus by Thomas Harrab to “Anglianism”—which antedates the usual references to “Anglicanism” by a few centuries, well before Cardinal Newman was even a twinkle in his father’s eye. Harrab says, “I call the religion of England Anglianisme, because it among the rest hath no one especial author, but is set forth by the Prince and Parliament.” In other words, it is the Reformed Church of the English nation, not just of one man (Calvin, Luther, or Cranmer).

All the current Oxford English Dictionaries references to "Anglicanism" start in the nineteenth century, so this takes it back more than 200 years (though yes, I have noticed there’s a "c" missing—but is that a problem?). It also contradicts the usual line trotted out in the Anglican literature I've read, that this term is a 19th century invention. Anglican and Anglical were both used in the early days of the Reformation to describe religion here in this green and pleasant land, so why not Anglianism too? Of course nowadays there are some who say Anglicanism is a glorious mixture of Catholic, Evangelical, and Liberal. Embrace the width! Love the balance! Celebrate the tension! It’s quite obvious that that is just a tendentious reconstruction based on current ecclesiastical politics though, and nothing to do with our historical foundations (or historic faith) at all. It’s abundantly clear which cuckoos in the nest benefit from this fictitious creation of “open, tolerant Anglicanism.”

But that’s another story.