Puritan Preaching: The Art of Prophesying 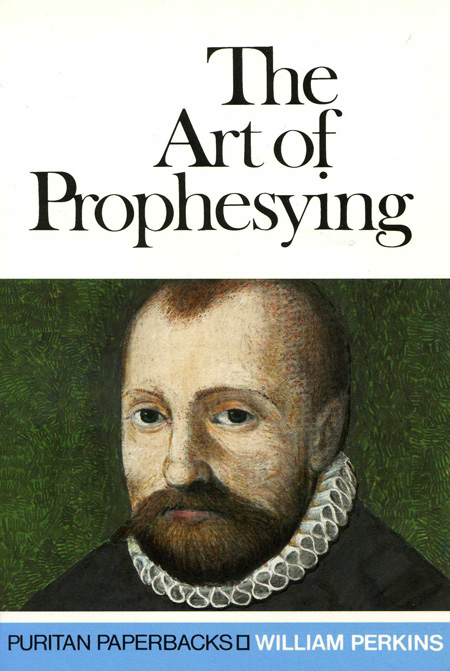 Imagine your pastor announcing from the pulpit, “I want you to know that I regard myself as a prophet.” Don’t you think this would raise a few eyebrows? In this third of five parts on Puritan preaching (part 1, part 2), I will discuss lessons on preaching from a book in which William Perkins refers to preachers as “prophets.” Perkins, a converted drunk, became one of the most famous Puritans ever through his teaching at Christ’s College Cambridge. He did much to further the cause of preaching among Puritans through his book, The Art of Prophesying (Latin, 1592; English, 1606).
In his Preface, he tells us that preaching gets its value from its role in gathering the church and driving away “wolves from the folds of the Lord.” It remains so important that Perkins calls it the most excellent of the spiritual gifts (see 1 Cor. 12:31). “Preaching the Word,” he argues, “is prophesying in the name and on behalf of Christ.” Thus, the preacher speaks to the people on behalf of God. This goes hand-in-hand with prayer, in which the pastor speaks to God on behalf of the people. Preaching does not give some new truth but simply opens up what God has already revealed in the Word. In this way, preaching the Bible possesses “power to penetrate into the spirit of man” and so the “ability to bind the conscience.”
As the book unfolds, Perkins proposes a contextual, prayerful, and devotional interpretation of the Bible, which emphasizes letting Scripture interpret Scripture. Our interpretation leads to dividing the passage (see 2 Tim. 2:15) “into its various doctrines,” which must always come right from the passage. We then must apply these teachings as “uses” or “ways which are appropriate” to contemporary hearers. In this book, then, Perkins sets forth the standard Puritan approach to preaching as explaining the text, setting forth the doctrine, and applying the truth.
In connection with his tendencies towards preparationism (for more on this, see here), yet helpfully reminding us that not all hearers are the same, Perkins tells us to apply the text according to the different people present:

Preachers today should note well the attention we need to give in reflecting on the different hearers to whom they minister.

Much more could be said, but I will focus on just a few items including Perkins’s counsel against laborious and anxiety-inducing word-for-word memorization of sermon manuscripts and support for “hiding . . . human wisdom” and seeking the “manifestation of the Spirit.” So, prepare well, but remember that preaching is a live experience that becomes effectual only through the work of  the Spirit. Contrary to what some may think, we must make room for some in-the-pulpit edits and “off-the-cuff” comments. Perkins also expressed aversion for specialized vocabulary, languages, and expressions, which distract hearers and hinder understanding. So, as my Greek teacher used to say, “Gentlemen, study the Greek but keep it out of the pulpit.” Perkins also pushes for gracious (not harsh) speech that manifests a loving concern for hearers. We may have some strong things to say, but they must be said without abusing people. In what we have discussed, II hope that you will agree that this book remains very relevant today.
Share on Facebook Tweet Widget