Richard Alleine (1611–1681)
Life
The uncle and father-in-law of Joseph Alleine, Richard Alleine was born in Ditcheat, Somersetshire, where his father was rector of the parish church for more than fifty years. His father served as his tutor, preparing Richard to go to Oxford University at age nineteen. He completed a B.A. in 1631 at at St. Alban’s Hall and an M.A. at New Inn College in 1634. Alleine was ordained priest in the diocese of Salisbury on March 2, 1634. The following year he was appointed chaplain to Sir Ralph Hopton. Already before the civil war, Alleine began assisting his aged father at Ditcheat. In 1642, Richard Alleine moved to Batcombe, Somerset, where he ministered effectively for more than twenty years. He soon declared himself a Puritan by subscribing to the Solemn League and Covenant of 1643, and then, five years later, to a local confession, “The Testimony of the Ministers in Somersetshire to the Truths of Jesus Christ.” Alleine was much loved in Batcombe for his preaching and his tender care of souls as evidenced in a collection of his sermons, Godly Fear (1664). Alleine was ejected from his parish in 1662 for Nonconformity. The passing of the Five Mile Act compelled him to take refuge in the neighboring village of Frome Selwood, where he continued to preach in private homes until his death in 1681. He was fined on several occasions for holding conventicles in other villages also, but due to his popularity, the magistrates dared not imprison him.
Works
In Heaven Opened: The Riches of God’s Covenant, Alleine discusses the nature and blessings of God’s covenant with His people. Alleine outlines in great detail the roles of God, Christ, the Spirit, the earth, the angels of light, the powers of darkness, death, and the kingdom in the covenant. Then he speaks of the fruits of the covenant in the believer’s life. The book begins: “Good news from heaven! the day-spring from on high hath visited this undone world! After a deluge of sin and misery, behold the bow in the cloud! the Lord God hath made and established a new covenant, and this is it that hath cast the first beam on the dark state of lost and fallen man, and hath brought life and immortality to light. This covenant is the hope of sinners, and the riches of saints, the Magna Charta of the city of God. The forfeited lease of eternity renewed; God’s deed of gift, wherein he hath, on fair conditions, granted sinners their lives, and settled upon his saints an everlasting inheritance.”
Instructions About Heart-work is a little-known treatise that gives an extensive exposition of Proverbs 4:23: “Keep thy heart with all diligence, for out of it are the issues of life.” The author aims to teach readers the proper way to keep their hearts, stressing what is to be done on God’s part and on the believer’s part. The goal throughout is that believers may grow in exercising grace and in embracing full assurance of salvation. Like John Flavel’s Keeping the Heart, which is also on Proverbs 4:23, Alleine’s work is packed with practical, spiritual instruction. No sin is left unexposed; no hypocrite is left excused. It is a most searching treatment of practical godliness that bears the mark of one personally sifted by God.
The World Conquered by the Faithful Christian usess the Pauline military motif of Christian warfare, viewing the believer’s existence in this world as a continual battle against evil within and without. He explains the believer’s armor, the believer’s enemies, and the believer’s victory. Most of the book focuses on how to obtain victory in spiritual warfare—victory in contentment, in a steady mind despite outward changes, in a willingness to die, in living by faith, in being crucified with Christ, in being sealed by the Spirit, in looking to the reward, and in heavenly joys. This book encourages battle-weary saints to stay the course, looking to Jesus. Alleine considers Sabbath observance and frequent attendance at the Lord’s Supper to be the Christian’s strength in a fallen world. In explaining proper self-examination for the Lord’s Supper. 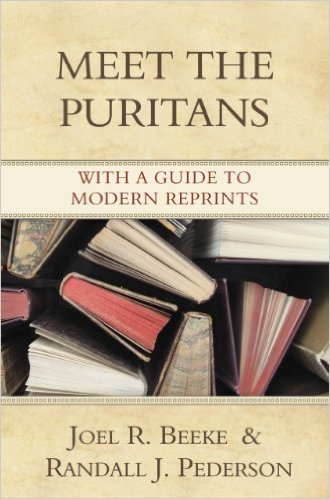