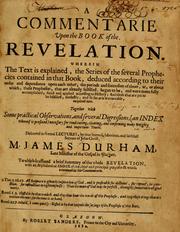 We began last time looking at James Durham’s essay, "Concerning Ministerial Qualifications." The post ended with the thought that “it is not great talents God blesses so much as great likeness to Jesus.” Nevertheless gifts are necessary, and Durham in his essay outlined three things that are prerequisites “for the complete qualifying of a Minster”, namely, “Gifts, Learning and Grace”. He pithily noted that learning enables a man to manage his gifts and grace sanctifies both gifts and learning.
However, while talents are necessary Durham wisely noted again that faithful ministers have differing degrees of gifts, learning and grace and so he “intends not to [specify] any rigid measure or degree in any of them.” With this noted we move to the first qualification Durham considers: “gifts.”
The Source of Ministerial Gifts
Durham stated that the gifts necessary for the ministry are “a fitness given by God, whereby one is capacitated for such a calling.” This means that man cannot make a minster. Yes the extent of gifts can be “improved” and “increased” but these gifts cannot be attained by “pains, skill or art” in themselves. The source of ministerial gifts is God, and in particular the risen and ascended Christ. Durham cited as proof Ephesians 4:12, 1 Corinthians 12 & 14, 1 Timothy 4:14, and 2 Timothy 1:6.
The Gift of Aptness to Teach
The gift that Durham focused on was “aptness to teach” (διδακτικός; 1 Tim. 3:2). This ability to teach could be subdivided into two distinct gifts: 1) the gift of knowledge and 2) the gift of utterance. The gift of knowledge meant the “capacity to discern and conceive the things of God with some distinctness.” This is what Paul prayed for Timothy to have in 2 Timothy 2:7, “not as to a Christian simply, but at to a Minister.” But an understanding of the truths of scripture itself would be useless to a minister, unless they also possessed the ability to communicate those truths. Thus there had to be giftedness to “express and bring forth, for the edification of others, what they had conceived themselves.”
Not the Enticing Words of Man’s Wisdom
Durham was keen to ensure that this later gift of “utterance” was not confused with “the Rhetoric and eloquence of men.” True gospel preaching consisted in a “gift, and energy, or efficacy” which was distinct from mere oratory. To drive home this point Durham turned to 1 Corinthians 4:19 and its distinction between “word” and “power.” The “corrupt teachers at Corinth … abounded in human eloquence” and yet were “far from that power and life which a native ministerial gift hath with it.”
Now Durham was far from depreciating what he had already designated a key ministerial gift, the ability to communicate well. But he was keen to emphasise that communicating the gospel required a spiritual power. The gospel was to be communicated with “plain simplicity” rather than trusting in “human eloquence.” It was the simple truth of the word of God that would leave a mark on hearers if that truth was preached in “the evidence and demonstration of the Spirit and Power” (1 Cor. 2:4). This gift of “simple” preaching in reliance on God alone would make hearers say “doubtless God is here” (1 Cor. 14:25). It was this spiritual gift, above all others, that qualified the minister as one gifted in gospel teaching.
As an aside, it is interesting to note that Durham cites John Calvin, Peter Martyr Vermigli, and Robert Boyd in the course of his discussion that there is a “power” in preaching beyond rhetoric. Durham didn’t just cite his own particular brand of Scottish Presbyterians but looked to the wider Reformed tradition. If we are spiritual disciples of the Puritans (and I hope we are!) then we should, like them, read widely in the Reformed tradition.
All Things to All Men
A further element of “aptness in teaching” lay in a message which was tailored to speak to various kinds of individuals. The minister had to avoid “strengthening the wicked” and also avoid “making the righteous sad.” As such the message preached had to aim on the one had at humbling proud impenitent sinners but also to comfort God’s people and bring encouragement to them. The ability to do this demonstrated, for Durham, “true learning.”
Authority
The final element Durham mentions relating to the gift of teaching is that ability to preach with “authority.” He noted that the “Chief Pastor” of the church preached with great power and authority (Matt. 7:29). And so as ambassadors of the risen Christ, gospel ministers had to be able also to preach in such a way that the truth proclaimed was evidently the truth of God. This was a gift “given of God” where the Spirit accompanied preaching and brought it home to hearts and consciences.
Conclusion
Who is sufficient for these things? Thanks be to God that “our sufficiency is from God” (2 Cor. 3:5).  Pray for your ministers that trusting in God’s sufficiency they will continue to exhibit the “aptness to teach” Durham speaks of.
Share on Facebook Tweet Widget