One of my favorite Peanuts cartoons opens with Linus and lucy staring out the window.  Rain is pouring down outside. Lucy, in a rare moment of weakness, confesses her fright to Linus.  She is worried that if it continues to rain heavily the earth will flood!  Linus calmly explains to his sister that her worry is unfounded because God promised never to flood the earth again and He even gave the rainbow as a sign of His pledge.  To this Lucy responds saying, “You have taken a load off of my mind.”  And in return Linus sagely states, “Good theology has a way of doing that.” Amen, Linus, amen.

When we turn to the first letter to the Thessalonians we find Paul offering some good theology to a church in need. In chapter four we learn that some have died.  Perhaps in the riot that had broken out weeks before or perhaps not. Regardless, the Thessalonians had a load on their mind and Paul provides them with some sound theology regarding Christ’s return.  He begins by helping them with their response.  They are to grieve their loss, yes, grieve.  But not as those who have no hope. He has the Greeks and the Romans in mind. It was Seneca the Roman who said that hope was an uncertain good.

And as for the Greeks there is Pandora’s Box. Remember that the last ill to emerge from the infamous box of ills was none other than hope.  Why you ask? Well, this was one that Nietzsche got right. We often think of Nietzsche as a nihilist and that is certainly true but his philosophical roots were Pre-Socratic.  Listen to his interpretation of hope as the last ill.  He writes, "Zeus did not wish man, however much he might be tormented by the other evils, to fling away his life, but to go on letting himself be tormented again and again. Therefore he gives Man hope, in reality it is the worst of all evils, because it prolongs the torments of Man."[1]  So, Paul helps with their response. They are to grieve and have a certain hope.

But Paul doesn’t simply do philosophy or offer pop psychology as an answer; he grounds his counsel and their hope in sound theology that is rooted in the word of God.  Verse 15 is crucial, “For this we declare to you by a word from the Lord…” However Paul might have understood it, we know that the Word of God functions like an antibiotic.  It knows where it’s needed most and to there it goes!

However, the word isn’t magic. It is to be taught and explained. So Paul instructs the Thessalonians. He tells them that they who are alive will not precede those who are dead.  For at His return the Lord will be announced by a cry of command, the voice of an archangel and the sound of the trumpet and at the sound the dead in Christ will rise.  And then those who remain will be caught up together with them in the clouds. What a reunion!  But what does it all mean?  What is happening in this word picture?

What we have here is something we see in both culture and Scripture. In the Ancient Near East there was a custom still practiced today. If an important dignitary, scholar or philosopher were coming to town the people would gather and meet the dignitary outside the city and so usher him back to their home. The distance they would travel to meet him would depend on his importance.  So, when we come to Acts 28:15-16a, we read, “And the brothers there, when they heard about us, came as far as the Forum of Appius and Three Taverns to meet us.  On seeing them, Paul thanked God and took courage.  And when we came to Rome…” In other words, they went out to meet Paul and escort him back to Rome.  He was important to them.

In our text, the King of Kings has returned and we are going to meet Him in the air and then accompany Him back to earth where He will establish the new heavens and the new earth.  And most importantly for us and the Thessalonians, “we will always be with the Lord.” Yes, the Lord is coming again and when He does what a day of rejoicing that will be!

Jeffrey A Stivason (Ph.D. Westminster Theological Seminary) is pastor of Grace Reformed Presbyterian Church in Gibsonia, PA.  He is Professor-elect of New Testament Studies at the Reformed Presbyterian Theological Seminary in Pittsburgh, PA. Jeff is also an online instructor for Westminster Theological Seminary, Philadelphia, PA. He is the author of From Inscrutability to Concursus (P&R), he has contributed to The Jonathan Edwards Encyclopedia (Eerdmans) and has published academic articles and book reviews in various journals. Jeff is the Senior Editor of Place for Truth (placefortruth.org) an online magazine for the Alliance of Confessing Evangelicals. 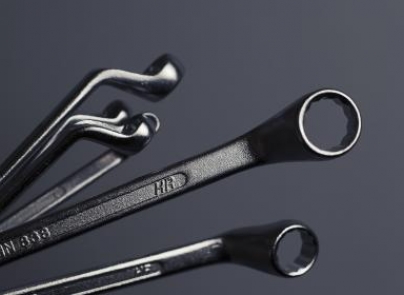 Is all work equal? Yes and No