Christmas is the time of year we remember and celebrate the birth of the long-awaited Son of the David, who would (and has) saved us from our sins.  But did you know that the first Christmas almost didn’t happen?  The virgin birth (or better virgin conception) produced a significant problem that needed to be resolved.  Otherwise, the first Christmas would have been ruined, and we would still be in our sins.  To understand that problem we need to consider the first Christmas from Joseph’s perspective, which is what Matthew does in the first chapter of his Gospel.

The Old Testament taught that the Christ and savior of the world would be a descendent of David.  Jesus, therefore, has to be a son of David if he is to be the Christ.  This is one reason Matthew traces Jesus’ genealogy.  He wants to demonstrate that Jesus is of royal lineage through his legal father Joseph.  The problem, however, is that Joseph almost didn’t become Jesus’ legal father, and that would have prevented Jesus from being the Christ.

Matthew explains the situation in verses 18-25.  According to verse 18 Joseph and Mary are betrothed.  Betrothal or engagement was different in those days.  A man and woman would promise to marry one another before witnesses, which would legally bind them together as husband and wife.[1]  They would not, however, live together during the betrothal period, which typically lasted a year.  The woman would continue to live at home with her parents.  At the end of the betrothal period, the man with his friends would arrive at the house of the bride’s parents and escort her to his parent’s house for the wedding banquet.  Only then would they consummate the marriage and live together as a new family unit.  Mary becomes pregnant sometime during the betrothal year when she is still living at home with her parents.

Understandably, Joseph isn’t thrilled about the news that Mary is pregnant.  He knows that he isn’t the father, and that the only reasonable conclusion is that she has betrayed him by having sexual relations with another man.  What would you do if you were in his shoes?  How would you make your decision?  Would you make your decision based upon what made you the happiest or what gave the greatest grief to Mary?  Joseph is a just man, therefore, he will do what God wants him to do.  The Scriptures allow for divorce in these types of situations, and that is what he eventually decides to do (vs. 19).  Joseph is also a kind man; he doesn’t want to shame Mary publicly or cause her unnecessary trouble.  Consequently, he decides to divorce her quietly.   According to Jewish law, he could end the marriage in the presence of two witnesses.

Joseph’s decision to divorce Mary was right and honorable from his vantage point, but there is more to the story.  Mary’s pregnancy was due to the power of God and not because she had cheated on him, which is something that Joseph didn’t know or could have even been expected to consider as a possibility.  Nevertheless, Joseph needs to take Mary as his wife, and Jesus as his son in order for Jesus to be a true, legal son of David.  However, that is precisely what Joseph has decided not to do.

Joseph’s righteous decision, therefore, put his and our salvation in jeopardy.  In Matthew 2, Herod’s unrighteous decision does the same thing.  When Herod finds out that he had been tricked by the Magi, he has all the male children two and under put to death in Bethlehem.  Herod wants to kill Jesus and is willing to take drastic steps in order to do it.  If he is successful, then all will be lost.  He is thwarted, however, from killing Jesus because God sends an angel to warn Joseph and tell him to flee to Egypt.  They narrowly escape due to God’s special intervention.

God uses the same tactic to prevent Joseph from divorcing Mary.  He sends an angel who appears to Joseph in a dream.  The angel tells him the truth behind Mary’s pregnancy, that he is to take Mary as his wife, and that he is to name the child, which in effect is to take Jesus as his son.  Joseph, who is a just man, does what the Lord commands him to do.  He completes the marriage process, although they do not consummate the marriage sexually until after Jesus is born (vs. 25).  By doing so, Joseph saves Christmas.  Mary gives birth to a son of David, and he does save his people from their sins.

D. Patrick Ramsey (@DPatrickRamsey) is pastor of Nashua Orthodox Presbyterian Church in Edinburg, Pennsylvania. He is a co-author (with Joel Beeke) of An Analysis of Herman Witsius's The Economy of the Covenants and author of A Portrait of Christ.

[1] This is why verse 19 refers to Joseph as Mary’s husband, and notes that divorce is required to end the betrothal. 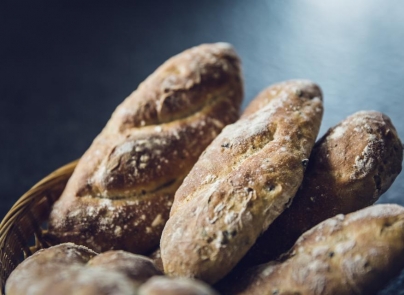