When I was in college I took a class on various religious traditions.  My class visited a Jewish synagogue and while there the priest said this in response to a question asked of him that I no longer remember, “You Christians claim to have Jesus but we Jews have something better.  We have the law.”  I’ll never forget that statement. It rings in my ears to this very day. I think of it every time I read Luke 2.

Jesus was born under the law and it was not a pleasant experience. Think about it. Jesus, through Joseph, was born into the line David.  This was the kingly line.  And yet, the kingly line was poor. Instead of offering the regular purification sacrifice of a year old lamb and a pigeon or turtledove Joseph and Mary offered the sacrifice of the poor.  They brought two turtledoves or pigeons.[1] What is more, the line of David in Joseph was headed to Bethlehem for the purpose of registering for a Roman census. Why? Because the Romans needed to know how many people lived in the empire for taxation purposes.  In other words, the royal line was registering so that they could pay taxes.

But why was the line of David, let alone Israel, in this situation?  It was because they were under the law. And having broken the law, God drove Israel from the land of Israel.  And when they did return they soon found themselves under the Greeks and eventually the Romans. Life under the law is not better than Jesus.

Luke 2 does not stop with life under the law.  It goes further. The words are familiar. As the shepherds were in the fields keeping watch over their flock an angel of the Lord appeared to them and the glory of the Lord shone around them and they were afraid.  However, the angel said, “Fear not, for behold, I bring you good news of great joy that will be for all the people.  For unto you is born this day in the city of David, a Savior, who is Christ the Lord.”

Now, in order to get the full impact of what is being said we need to understand that when a Roman emperor would ascend to the throne it was called “good news” or gospel.  For instance, an inscription has been found announcing Octavian’s ascent to the throne.  It reads, “The birthday of the god was for the world the beginning of good news which has been proclaimed on his account.”  Did you catch that?  It was “good news.”  It was gospel.  This meant that nothing would be the same.  Everything would be different.

That’s the point of the angel’s announcement. Good news, the best news, was being announced. The world would be different as a result. The obvious question is what would be different? The obvious answer is that Jesus would bring peace between God and man through his sinless life and sacrificial death.

Life With or Without Jesus

The Jews did not understand this.  Imagine the priest I mentioned earlier.  What if a person in his congregation asked why there were sacrifices at one time in the Old Testament?  The priest might rightly reply, “Sacrifices were offered that we might have atonement for sin.”

The congregant might reply, “Since we do not offer sacrifices today do we not have atonement?”

To this the priest might quote an ancient Rabbi named Rabbi Zakkai saying, “We can still gain atonement through deeds of loving kindness…"

For the priest, the law is better than Jesus. But he missed something vital.

Imagine another conversation between the shepherds. One shepherd says to the other, “Do you really believe that sheep can take away our sins?”  To this his companion says, “Brother, it’s not about the sheep.  It was never about the sheep.  It’s about the one prefigured by the sheep.  That is the One we read about in the Isaiah scroll, ‘Like a lamb that is led to slaughter” He “was pierced for our transgressions.”[2] He is the One to whom we must look if we would be forgiven.  And that shepherd was right.

Jeffrey A Stivason (Ph.D. Westminster Theological Seminary) is pastor of Grace Reformed Presbyterian Church in Gibsonia, PA.  He is also Professor of New Testament Studies at the Reformed Presbyterian Theological Seminary in Pittsburgh, PA. Jeff is also an online instructor for Westminster Theological Seminary, Philadelphia, PA. He is the author of From Inscrutability to Concursus (P&R), he has contributed to The Jonathan Edwards Encyclopedia (Eerdmans) and has published academic articles and book reviews in various journals. Jeff is the Senior Editor of Place for Truth (placefortruth.org) an online magazine for the Alliance of Confessing Evangelicals. 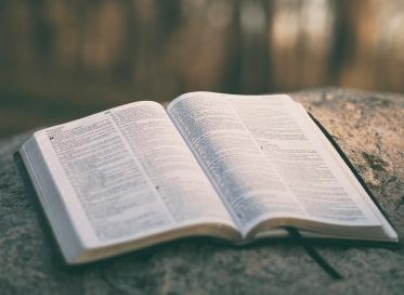 The Signs of John 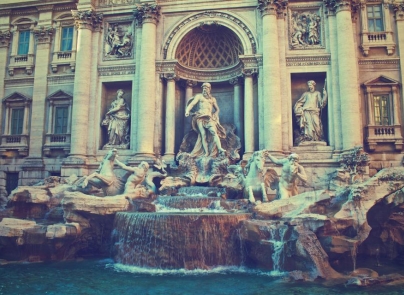