Bob McKelvey
March 9, 2017
In our previous three posts (#1, #2, #3), we considered questions on hell from Puritan Christopher Love’s Heaven’s Glory, Hell’s Terror (1653). In this post, we will examine his perspective on the controversial doctrine of Christ’s descent into hell. Again, I will pose the question he asks (specifically on this issue) then answer as if Love were speaking to us. We will then conclude with some analysis on his position.
Did Jesus personally descend into hell as the place of torment?
No. Related to the phrase in the Apostles Creed, “he descended into hell,” Jesus did not descend into hell literally or virtually. Likewise, the phrase must not be regarded as synonymous with the power of death.
First, Jesus did not descend into hell literally. Luke as a careful historian (see Luke 1:3; Acts 1:1) does not mention this personal descent, which he would surely would have done had it occurred. Likewise, that Jesus rested in the grave the day he died denies a literal descent. In connection with physical burial, Jesus in his soul entered his Father’s presence (Luke 23:43). This occurred according to the promise made to the thief of entering paradise with Jesus “today.” The explanations for his physical descent are faulty. Such include the idea that he needed to: deliver souls out of hell; make further satisfaction due to the incompleteness of that on the cross, or “vanquish and overcome the Devil.” Indeed, Christ’s satisfaction was “finished” at his death (John 19:30) and he overcame the devil “by dying” (Heb 2:14). In the end, the physical descent “is both disagreeable to Scripture and Reason.”
Second, we must reject the idea that the phrase is synonymous with either “the power of death” or hell “virtually” by way of the cross. Such explanations corrupt “mens judgements more,” by dismissing the “generality of Intrepreters” who argue for the literal understanding of the phrase. So, rather than altering the phrase to make it more palatable, we need to do away with it entirely in the Apostles’ Creed.  So, while Love believed that Christ suffered the torments of hell on the cross, the use of this clause in the original Creed did not teach this.
Analysis
Most Reformed theologians differ with Love who wanted to take the phrase out of the Creed entirely. Many of such believe that the phrase is simply a synonym for death with “hell” denoting Hades or the realm of the dead.  Two other popular views were mentioned above by Love, namely, that the descent clause symbolizes Christ’s sufferings on the cross (implying descent before burial) or refers to the curse of death he endured. John Calvin held to the first of these two (Institutes 2.16.8-12) and The Westminster Larger Catechism set forth the second (see Q.50). 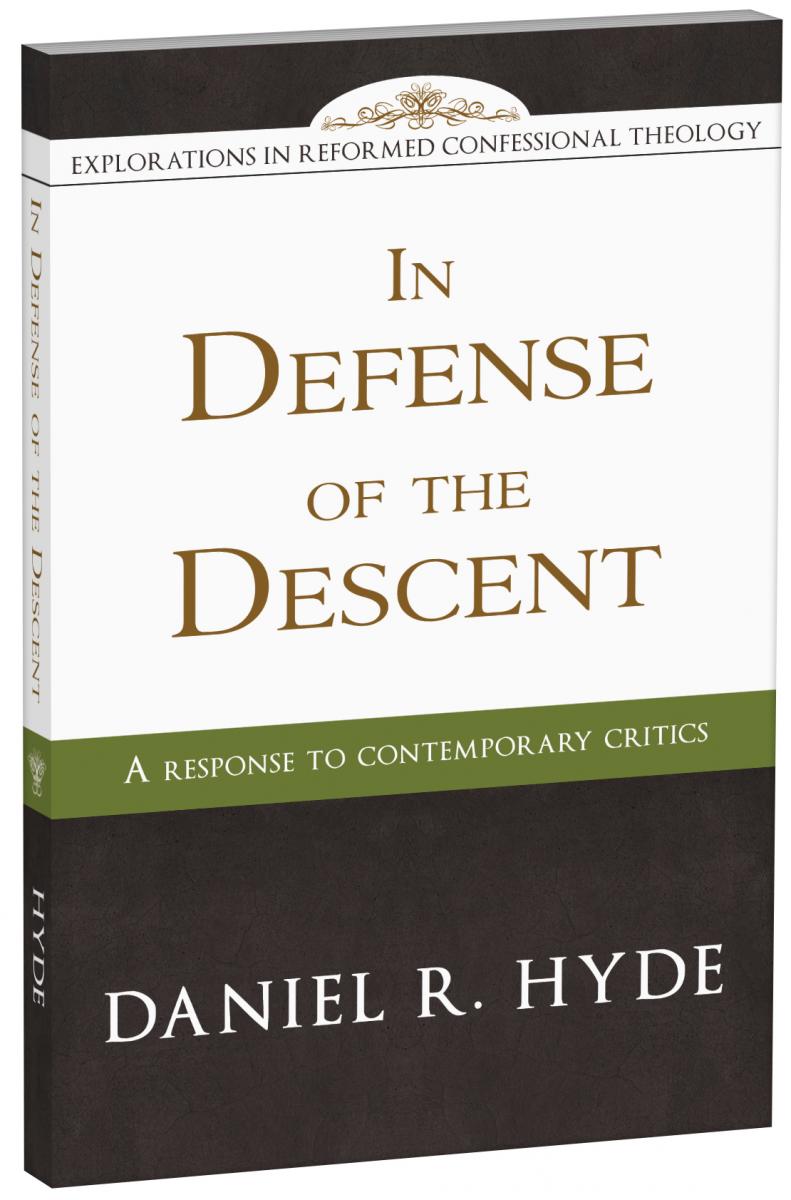 Our own Danny Hyde’s In Defense of the Descent identifies six major interpretations of the descent clause, these two symbolic ones and four variances of the literal descent. He finally argues for a combination of the two symbolic views (as in Calvin’s 1545 Catechism of the Church of Geneva, Q&A 65-72) to teach: “As to the body of Jesus Christ, He descended into the state of death, As to the soul of Jesus Christ, He suffered the agonies of hell.”
For Wayne Grudem in, "He Did Not Descend," the various interpretations are in some sense moot, since the clause did not appear in the earlier forms of the Creed and when it finally did was considered a synonym for burial. Such thinking, in line with Love, maintains that Jesus may have suffered the agonies of hell on the cross, but the original clause did not teach this.
I am sympathetic with the doctrine Danny Hyde espouses in line with Reformed Orthodoxy. However, I am also sympathetic with Grudem that the Creed did not teach this originally when the clause eventually found its way into the text. Besides, the clause “he descended into hell,” fails to express such theology and remains “confusing” and “misleading.” Were we to ask the majority of Christians today what this clause means, such misunderstanding would quickly become apparent.
I do not like changing creeds, especially when they unite the church through history preserving solidarity and in hope that nothing will stop the progress of the church. However, we cannot preserve unity at the expense of integrity. If the original usage did not teach this, we do not have the liberty to make the Creed say it, even if the thought is orthodox. In other words, the Creed cannot be treated as a wax nose shaped as we please while claiming, “Look, it’s the same nose. It’s all there after all, is it not?”
Many Americans despise such treatment of the Constitution by the Supreme Court who often maintain wording while transforming authorial intention. Many Evangelicals protested the same with the supposed creedal agreement between Catholics and Evangelicals in “Evangelicals and Catholics Together” (1994). For example, how can we agree on the wording for the teaching of justification, when the words mean something different for the two traditions? Similarly, why do we feel at liberty to change the meaning of a clause in the Creed just so we can preserve its wording? Have we not detracted from the unity we supposedly enjoy with the original authors of the document?
With this in mind, I believe we ought to remove the clause or at least clarify it in a modern form. So, our options are two: (1) Remove the clause entirely with an appeal to the earlier forms of the Creed and/or the idea that early usage of “he descended” simply repeats “was buried”;  (2) Modernize the language of the early usage to remove the confusion of descent into “hell,” which the majority of the Reformed do not hold in a literal sense. Why not say something like “he descended into Hades” (with a footnote indicating Hades as the realm of the dead) or “he went to the dead” (as some modern Lutheran forms do–contrary to Luther), which preserves early usage of the phrase?
Some say that this changes the creed and detracts from ecclesiastical unity. I am perplexed by this as most Christians rightly allow and justify modern English translations of the Bible. Why not set forth modern versions of the Creed seeking to preserve not only original wording (formal equivalence/word-for-word translation from Latin) but also original meaning (functional equivalence/thought-for-thought translation). In the end, a good translation seeks to preserve both wording and meaning in a balanced manner. In this way, we can justify, for example, modern versions of the Westminster Standards (which I personally do not like but see how helpful they can be). So, if the clause “he descended into hell” causes confusion, why not modernize it without losing its meaning of being synonymous with burial? Let us be done with this clause, which most Christians fail to understand, not because it is unclear in English but just the opposite.
Did Christ descend into hell? No and Yes, but let us clarify.
Share on Facebook Tweet Widget