Book Review: Vandergroe on The Christian's Only Comfort 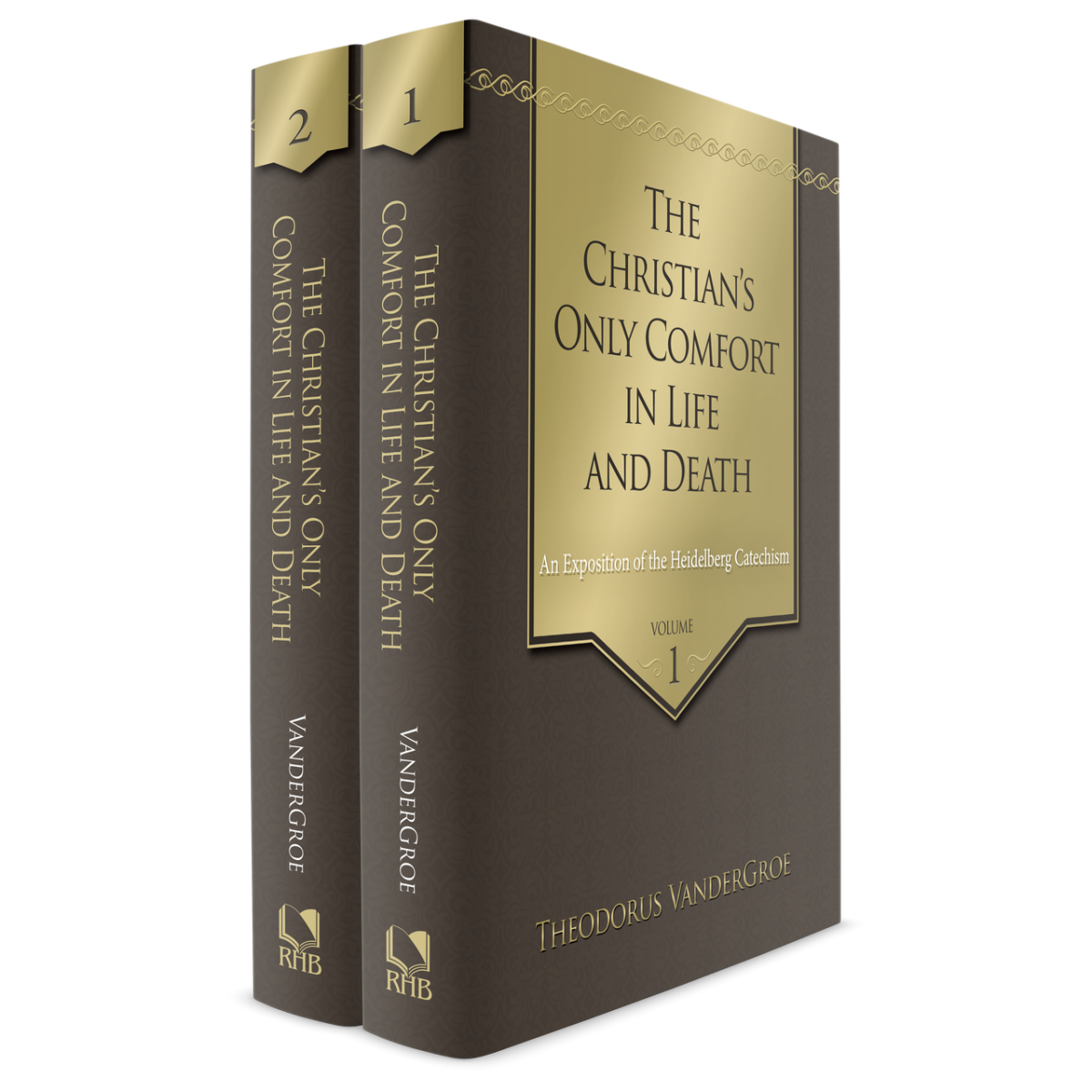 The Heidelberg Catechism has stood the test of time as one of the most beloved confessions used by many Reformed churches. It has also been common, especially from the time of the Synod of Dort in the early seventeenth-century, for Dutch Reformed ministers to preach sermons on the Catechism in the second service of the Lord’s Day. This enabled pastors to instruct their congregations regularly in the system of doctrine taught in Scripture. This has the advantage of keeping the whole counsel of God before the entire congregation, which is important for pastors to do through some venue or another in order to strengthen the church in sound doctrine and life.
Theodorus VanderGroe (1705-1784) was one of the last proponents of the so-called Dutch Second Reformation. This movement, which was a counterpart in many respects to English Puritanism, aimed to inculcate the experimental knowledge of God in the church. The Christian’s Only Comfort in Life and Death represents Bartel Elshout’s translation of VanderGroe’s sermons on the Heidelberg Catechism. This work, which was well-loved by many in its time and long afterwards, is now available in English for the first time. It is easy to read and full of helpful pastoral counsel.
VanderGroe’s sermons are simple and full of Scripture and application. The pastoral quality of this book pervades throughout. He rarely engaged in polemics beyond passing references in order to teach the truths of Scripture with greater clarity and power (e.g., 1:141, 269, 347). The sermons generally follow the division of the Catechism into fifty-two Lord’s Days, with the exception of adding several sermons treating the preface to the Ten Commandments and a few additional sermons at various points, in which he ran out of time to treat his subject fully in a single sermon. His treatment of the Ten Commandments is particularly helpful, since his exposition is brief, to the point, and edifying.
Another useful feature of this set is that VanderGroe appealed to the work of all three persons of the Trinity throughout, even concluding the entire work with a Trinitarian doxology. For example, in treating prayer, he wrote,

This trinitarian emphasis is welcome today, both in light of the increasing interest in the doctrine in many circles and in light of the common assumption that Reformed authors treated the Trinity only as an appendix to the doctrine of God. Vandergroe helps readers grow in devotion to the triune God even as they work their way through the entire system of Christian doctrine.
In spite of the usefulness of VanderGroe’s sermons, they are marked by some pastoral imbalances. Most of his direct application and exhortations were directed towards the unconverted exclusively. He frequently describes the blessedness of Christians without applying the truths of Scripture to them directly, exhorting those who do not match such descriptions simply to wait for the Spirit to work faith in them as they sit under the means of grace. This differs from the emphases of the New Testament, which directs people to exercise Spirit-wrought faith and repentance rather than merely waiting for it. He also gives the impression throughout that most of his readers are presumably outsiders to experiencing the glorious truths of Scripture. For example, he states that “thousands in the church” believe mistakenly that Christ died for them (1:336). While it is true that there are hypocrites mixed among true believers in the church, the tone of VanderGroe’s exhortation results in pastoral imbalance that runs the risk of discouraging many of his readers rather than teaching them how to exercise faith in Christ for all things.
At one point, VanderGroe imagined some in his audience complaining that while ministers should address faults in their sermons, they should not be so ready to condemn their hearers are being false Christians. He even depicted this audience as saying that the minister says many good things in his sermons, though he is at fault in condemning his hearers too readily. He responded that such hearers were unconverted (2:297). However, while this reviewer agrees with VanderGroe that ministers should press hearers to self-examination, he agrees with his imagined audience that his pastoral emphases were often imbalanced in favor of conviction at the expense of comfort. This does not match the tone of the Heidelberg Catechism, which addresses the issue of hypocrisy while expecting readers to exercise firm faith in Christ throughout. While VanderGroe’s teaching is often true in relation to this issue, he did not always present the truth with balance by accentuating its positive aspects. In this reviewer’s opinion, it is better, under self-examination, to exercise faith in Christ to supply all that we lack than to be left wondering whether we have faith in Christ at all. This kind of self-examination might even lead to more conversions in the long-run, with the Spirit’s blessing.
In spite of some deficiencies, The Christian’s Only Comfort in Life and Death is a welcome addition to the growing body of English translations of classic Reformed literature. Discerning readers will find much food for the soul in these pages. VanderGroe wrote excellently and frequently about Christ’s glory and the believer’s union with him, which enables readers to offset his pastoral imbalances. This book should help pastors, in particular, preach the whole counsel of God more effectively by providing them with a model of clarity and simplicity of style. It should help all readers meditate on the great truths embodied in the Heidelberg Catechism.
Don't forget our current giveaway of a set of VanderGroe's sermons.
Share on Facebook Tweet Widget