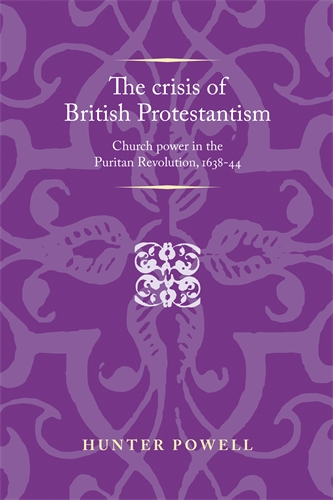 This is likely the most significant work written to date on the thorny subject of church power in British Reformed orthodoxy. Powell focuses on debates over the nature of church power primarily from 1638-1644 (p. 2). He aims to redefine and to clarify categories related to debates over church government at the Westminster Assembly. He does so by treating primarily the view of the so-called five “dissenting brethren” in relation to the Scottish commissioners, setting both their historical context. This is such a paradigm shifting work that it is one of the most important books that anyone interested the Westminster Assembly and its theology could take up and read. It shows how Westminster debates over church government were not as neat and tidy as many have assumed and how the question of church polity fits into the broader context of Reformed orthodox theology.
This book challenges historical conceptions of Presbyterian polity at the Westminster Assembly. Powell modifies the common narrative of church government debates at Westminster, which often treats these debates as an exercise in how long it took the Assembly to fall in line with the Scots. Instead, Powell shows how the Scots achieved a high degree of unity with the Apologists (Congregationalists who were known later as the Dissenting Brethren) over the question of the seat of church power. While English Presbyterians in the Assembly were divided over whether church power was seated in the local church and was then communicated to Presbyteries, or whether church power was seated in Presbyteries and was communicated to particular churches, the Apologists and the Scots agreed that Christ communicated church power to the congregation as a whole and to its elders directly and in two distinct ways. According to men such as Rutherford on the Presbyterian side and Burroughs on the Congregational side, the only significant difference that existed between them resided in the power of synods, especially with respect to excommunication. The Apologists denied that synods could execute this censure while the Scots affirmed that they could. However, many English Presbyterians opposed both the Scots and the Dissenting Brethren by denying that the elders of local congregations could excommunicate members without a synodical act. This meant that both the Scots and the Dissenting Brethren held minority positions at the Assembly. At the end of the day, the real Grand Debate at the Assembly was not over Presbyterianism vs. Congregationalism, but between the Assembly as a whole and Erastian opponents, which included debates between Presbyterians over the proper seat of church power. The Scots held the tenuous position of attempting to accommodate the Apologists on the one side and of preventing the fracture of the Presbyterian majority on the other side over the question of the seat of church power. The Scots agreed with the Apologists over church power, but they agreed with the Presbyterian majority over the governmental power of Presbyteries.
This work gives us a unique window into debates at the Westminster Assembly. Part of the reason why Powell’s research creates such a seismic shift in how we read Assembly debates over church government lies in the sources that he used. Previous research relied on pamphlets written by authors outside of the Assembly rather than on records of Assembly debates and the writings of the Westminster divines. Powell guides readers by the hand through the Assembly debates in a way that makes history come to life. The reader can virtually feel the tension in the air and recognize the temperaments and personalities of the divines in their proceedings. He shows that all primary sources are not equal and that we gain a different picture of events when we follow the actors in the story instead of the spectators in the crowd commenting on the play. This does not mean that his historiography is flawless. In comparing the polity of the famed Voetius with the Congregationalists at Westminster and in highlighting Voetius’ enthusiastic endorsement of the Congregationalist John Cotton’s Keys of the Kingdom, Powell makes almost no appeal to primary sources. However, his treatment of the vital subject of church government at Westminster gives a picture of the development of varied versions of Presbyterian polity that Presbyterian ministers in particular bypass to their great detriment.
This book is the kind of history that Presbyterian churches in particular need. It forces readers to listen to the Westminster divines and to assess them on their own terms and in their own world. Modern readers may not always like what they find in reading books like this one. Yet this work is necessary to help explain what the Westminster Assembly did and did not intend to say in its affirmation of Presbyterian polity. Presbyterians were not all cut from the same cloth and not all Congregationalists were as far away from some Presbyterianism as we may tend to think. Above all, this book provides us with an admirable example of how the Scots and the Apologists pursued catholic unity in their theology without threatening their distinctives. This provides us with a model of doctrinal precision, spiritual maturity, and catholic charity that has potential to serve the church well today.
Share on Facebook Tweet Widget