Book Review: The Cambridge Companion to the Summa Theologiae 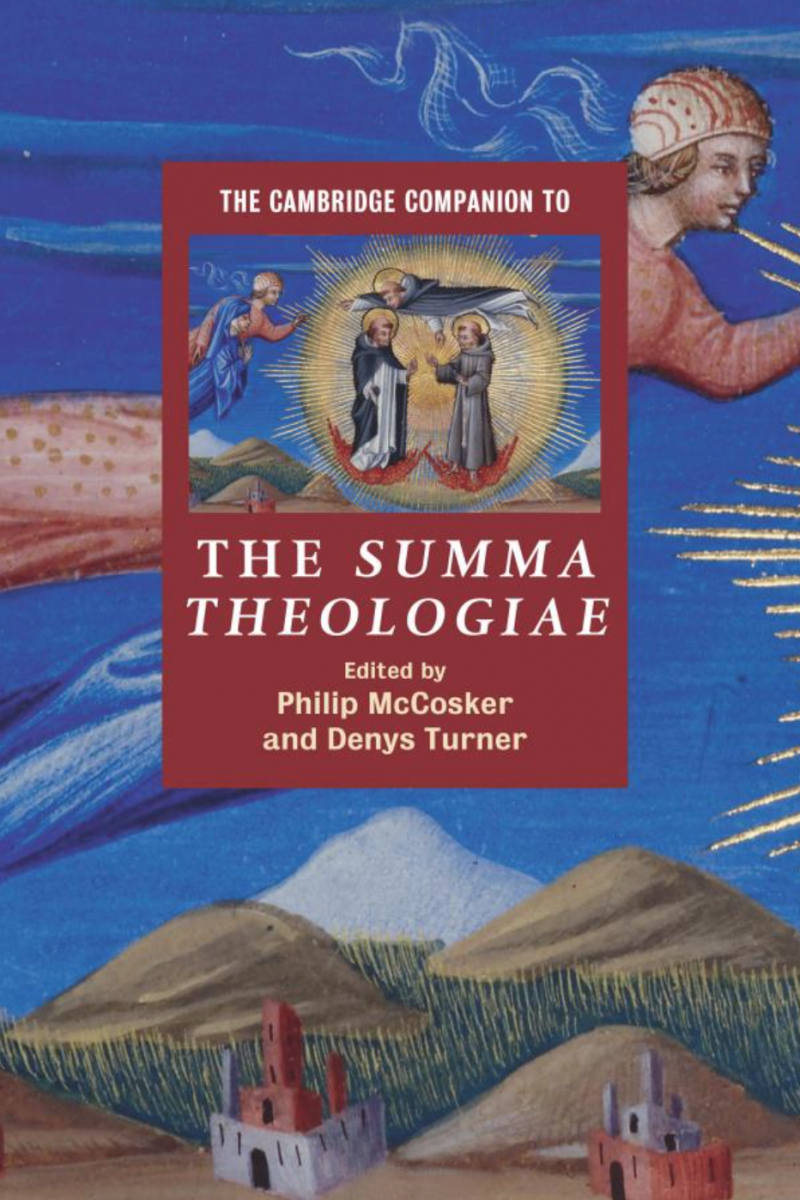 Regardless of one’s theological convictions, it is undeniable that the Summa Theologiae of Thomas Aquinas is one of the most influential books in the history of the Christian church, and even in western civilization. This means that it is important for students of every Christian confession to have some familiarity with this work. While the Summa marks only a part of Aquinas’ thought and influence, it is arguably the most influential and studied portion of his work. The Cambridge Companion to the Summa introduces readers to the flow of thought in the Summa in a way that will help them appreciate its historical context, continued influence, and contemporary use. This comprehensive analysis of a classic medieval text can serve students of Reformed theology in particular by helping them discover how Aquinas is part of their catholic Christian heritage.

One of the primary benefits of the Cambridge Companion is its comprehensive analysis of the Summa read in light of itself. Its authors note repeatedly that few students of the Summa read it from cover to cover (e.g., 171, 241, etc.). Historically, this stemmed partly from the fact that, prior to the printing press, people rarely transcribed the entire Summa in a single edition (293). At the present day, students and scholars often read the sections of the Summa that interest them rather than pushing through the work as a whole. The authors of this volume write under the assumption that failing to read the entire Summa often leads to distorting Aquinas’ theology (241). Gilles Emery’s chapter on the Holy Spirit illustrates this point clearly, since Aquinas did not devote a distinct section to the Spirit’s work in salvation even though the Spirit pervades the whole.

While the authors of the Cambridge Companion do not all agree regarding the method and structure of the Summa, the general consensus among them is that Thomas wrote his work to train Dominican preachers to present the gospel. As such, the Summa moves from God himself, to God relation to all things, to God’s act of saving and restoring humanity in Christ. Keeping this fact in mind undergirds the sections of the book that treat, respectively, approaches to reading the Summa, the topics treated in it, and its historic and contemporary use. This full-orbed approach makes this volume an insightful means of understanding the Summa better on its own terms.

The Cambridge Companion to the Summa Theologiae can be particularly valuable to those interested in Reformed theology. Many modern students of Reformed thought might be aware of the contents of the Summa only indirectly in relation to issues such as apologetic methods, the relationship between nature and grace, sacramental theology, and other controverted areas. However, while reading the Summa, it does not take long to see Aquinas’ hand of influence in Reformed orthodoxy at almost every point of the system of theology. This includes areas such as God as pure act (98), the way in which the church collectively reflects the triune God (118), the concurrence of providence with second causes (125), the necessity of the Holy Spirit in the Christian life (136), the centrality of the resurrection in salvation (170), the vital relationship between word and sacrament (270-271), and many others.

Perhaps one of the great advantages of the Cambridge Companion to those interested in Reformed thought is that, with the exception of one chapter, this work does not have Reformed thinking in view directly. One of the outstanding features of Reformed orthodoxy was its discerning catholicity. Few things illustrate this feature of Reformed thinking more clearly than the way in which theologians critically incorporated ideas from the Summa into their systems. One did not have to be a full-fledged “Thomist” to learn something from Thomas. This is still true. This fact is often underappreciated in modern Reformed theology.

The Cambridge Companion to the Summa is an excellent starting point for understanding one of the most important books written in the history of the Christian church. The fact that many Reformed theologians and pastors may not agree with everything that Thomas had to say does not give them the excuse to ignore him. The ultimate aim of this volume is to press readers to delve into the Summa for themselves. It does so admirably by providing readers with the tools needed to read a thirteenth-century text more profitably.