Book Review: Some Pastors and Teachers (Banner of Truth)

Ryan McGraw
November 20, 2018
Sinclair B. Ferguson, Some Pastors and Teachers: Reflecting a Biblical Vision of What Every Minister Is Called to Be. Banner of Truth, 2017. 796pp. Hardcover. 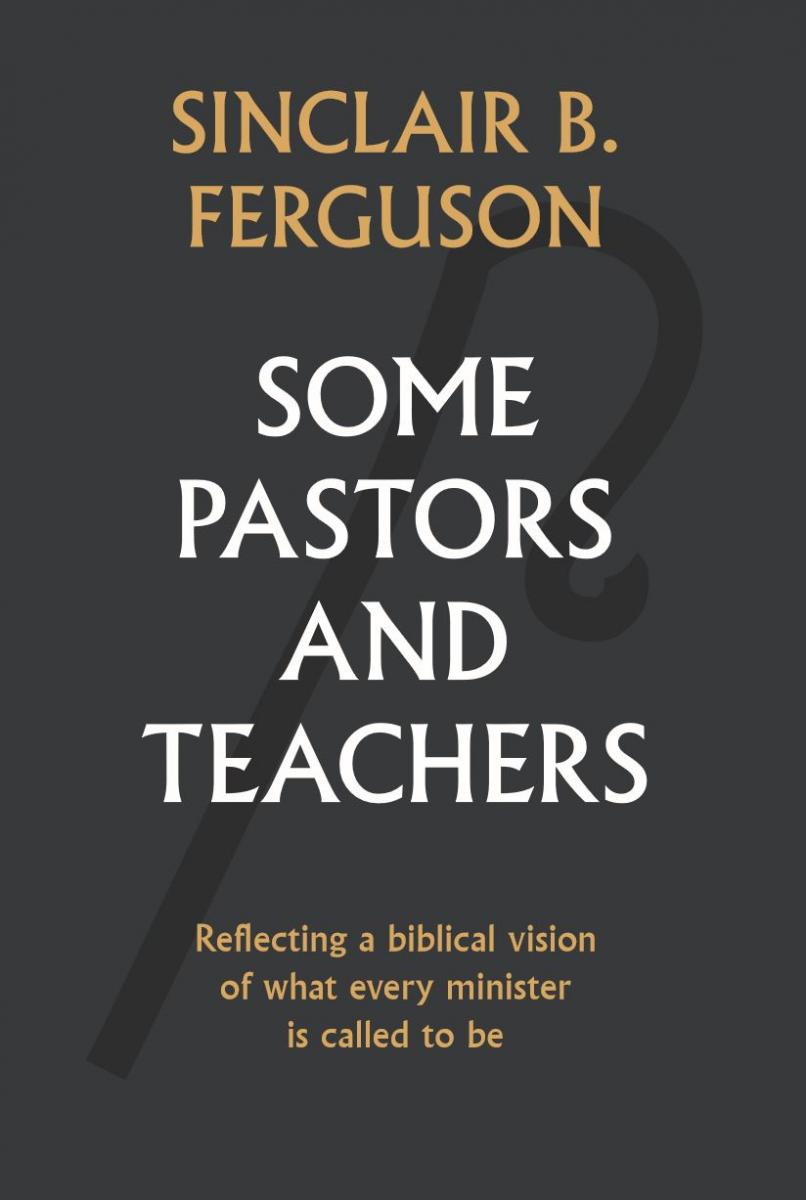 Interest in Puritanism has gained traction in the past fifty years or so. This has had mixed results. On the one hand, the resurgence of Puritanism has resulted in greater spiritual depth and devotion for many believers. On the other hand, some have tried to regurgitate the seventeenth-century instead of learning how to adapt its lessons for our own times. Sinclair Ferguson shows us by example how to benefit from the best literature from the best periods of the church by digesting and adapting them for modern people in modern times. This makes this book valuable, both in terms of what Ferguson has to teach us and with respect to how he teaches it to us.
Almost half of Some Pastors and Teachers is about John Calvin, John Owen, and English Puritanism. The remainder of the volume is devoted to various theological themes as well as to topics related to preaching. These represent Ferguson’s collected writings, most of which he produced while laboring in pastoral ministry. His Christology and Trinitarian theology are the great themes permeating the entire volume. These themes are the key to understanding his work as a whole and, as he illustrates well, they are the primary missing ingredients in contemporary evangelical Christianity. In particular, Ferguson argues consistently that believers must draw everything from Jesus Christ throughout the Christian life, from the new birth to the resurrection of the dead. Few Christians actually know what this looks like in practice. Ferguson leads us step by step as we learn to think Christologically and devotionally in all things. While some of the citations from his favorite authors become a bit repetitive at points, the quality of the material more than compensates for this fact.
Ferguson’s material on Calvin and the Puritans is most relevant to the audience of this site. His treatment of Calvin includes themes such as Calvin’s piety, the importance of the incarnation, the value of his commentaries, the Holy Spirit, and the Lord’s Supper. Ferguson illustrates his skill as a conveyor of classic Reformed ideas particularly in the last of these sections. While many have regarded Calvin’s view that Christ is present in the Lord’s Supper in both natures by Spirit’s power as unclear, if not suspect, Ferguson explains it and recommends its merits with exceptional theological balance and clarity. His treatments of Owen occupy most of the space that he devotes to Puritanism. As with the section devoted to Calvin, this material draws most of our attention to Christological, Pneumatological, and Trinitarian themes. While Owen has a reputation for being difficult, Ferguson has a reputation for being accessible. He includes insightful chapters on John Flavel on providence and on Puritan views of preaching the law of God as well that will interest many readers. Those looking for professional-level contextualized historical theology will not find what they are looking for in these essays. However, all who are interested in understanding profound theological and practical insights more clearly and more profitably will not be disappointed with what they find.
Since this site is dedicated to Puritanism, it is fitting to conclude this review with Ferguson’s summary of why it is worth reading the Puritans:

To turn to the works of the Puritans today, against the background of contemporary popular Christian literature, is to enter a markedly different order of reality. For those unacquainted with their writings, a first encounter with their literature can be like entering a world where people seem bigger, wiser, and years older. To read and study the Puritans is akin to standing in a familiar house and noticing there is an extra door one had never noticed. Press it open and a large basement full of unimagined resources comes into view. Here one may linger often, and from here Christians – and not least pastors – may return to the world of their daily service with renewed vigor, and with greater sense of the gospel and its power, deeply challenged to live for their chief end: ‘to glorify God, and to enjoy him for ever’ (167).

Some Pastors and Teachers has much more to offer than the sections on Calvin and Puritanism. Yet these sections alone will make readers glad that they bought the book. Especially if you have not cut your teeth on reading the Puritans before now, then you should read this book in order to discover what you have been missing.
Share on Facebook Tweet Widget