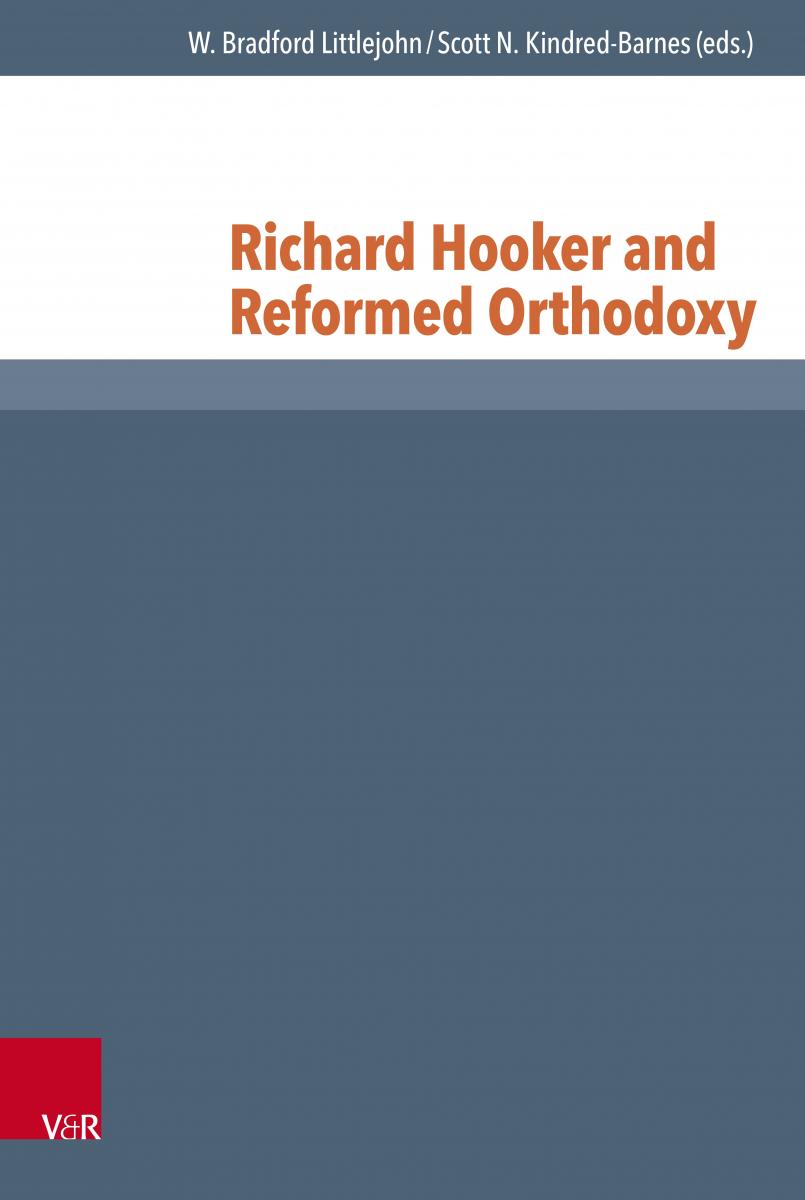 Historic Reformed orthodoxy was marked both by unity and diversity. The development of Reformed confessional theology, coupled with the scholastic method of teaching in the schools, resulted in a remarkable level of catholicity among Reformed churches without negating significant differences among Reformed authors in various parts of the post-Reformation world. With respect to this broader context, Richard Hooker’s relationship to Reformed orthodox theology has been debated widely among scholars. With the partial exception of Andrew Martin’s chapter on Hooker’s sacramental theology, the authors of this volume argue that readers should regard Hooker as a Reformed orthodox theologian. They do so more or less successfully due to the ambiguous way in which the editors of the volume describe what it meant to be Reformed. The scope and aim of this volume make it a provocative assessment of the bounds of Reformed thought in the context of the transition from Reformation to post-Reformation theology. This makes it an interesting test case for understanding the nature of post-Reformation theology more broadly.

The book is broadly divided into three sections, treating Hooker’s historical context and reception, his theological and pastoral method, and his relationship to Reformed orthodoxy. The strengths of the editor’s approach to their topic lies in the wide range of authors contributing to the book, in their contextual approach to understanding Hooker on his own terms and in his own context, and in their comparison of Hooker’s teachings to the broader stream of historic Reformed orthodoxy. Some of the most stimulating subjects treated include Hooker’s views on public worship, which stood at the heart of his controversy with “Puritanism,” his use of medieval scholastic theology and method, his treatment of the authentication of Scripture, his teaching on imputed and inherent righteousness, and his sacramental theology. These chapters and others help guide readers through some of the key relevant areas to Reformed theological method and of the Reformed system of doctrine. They essays are well researched and they seek primarily to ask historical questions rather the contemporary ones. This approach is potentially fruitful for modern theological debates, indirectly, since it allows historic authors to speak with their own voices and to raise their own concerns.

Though Richard Hooker and Reformed Orthodoxy achieves its aims generally, it raises some potentially problematic questions as well. The first is how one defines Reformed orthodoxy. The editors regard “the progressive liberation of historical scholarship from the straightjacket of confessional identity” (12-13) as a positive thing with regard to Richard Hooker studies. However, without confessional identity, as Historians such as Richard Muller have argued, it becomes difficult, if not impossible, to distinguish Reformed theology from other branches of the Christian tradition. Since all theologians from this time period used an eclectic array of sources in building their theologies, and since they used a common scholastic method in their teaching, the bypassing a broad Reformed confessional identity runs the risk of transforming “Reformed” into a meaningless historical category.

Another potential liability of some of the essays in this volume is that they appear to take Hooker’s assessment of “Puritanism” at face value (59, 64, 76, 84, 148, etc.). This conception of “Puritanism” even led one author to conclude that we should not regard William Perkins as a Puritan (71). This is problematic, if for not other reason than the fact that much historical scholarship has treated Perkins as one of the primary architects of Puritan ideology. It is one thing to argue that Hooker drew precedents for his views from strands of earlier Reformed thought that stood in contrast to what he labeled as “Puritanism.” It is another thing to imply that many of these “Puritans” did not also stand in the mainstream of Reformed orthodoxy. The true historical situation was more complex than this presentation makes it appear at times.

Some authors in this volume run the risk of oversimplifying historical positions as well. For example, one author argues that, in agreement with the British delegation at Dort, Hooker believed, “Christ’s death is actually applied to some reprobate insofar as God’s inward grace is granted to some within whom that grace does not lead eventually to eternal life” (291). This statement is potentially misleading. Most Reformed authors believed in distinguishing between common operations of the Spirit within the visible church and the saving work of the Spirit, which applied to the elect only. They rooted both sets of benefits in Christ’s death and in his work in sending the Spirit to the church. However, these common operations of the Spirit were not treated as equivalent to the Spirit’s internal saving operations, which the author appears to equate in Hooker’s thought. The block citation from Hooker he provides in the footnote appears to match better this reviewer’s distinction between non-saving and saving operations of the Spirit on account of Christ’s death than it does the author’s implication that some reprobate people in the church possessed “inward grace” that did “not eventually lead to eternal life.” This kind of oversimplification is closer to some modern theological debates than it is to those present in the late sixteenth-century.

Do the author’s of Richard Hooker and Reformed Orthodoxy prove successfully that Hooker fit within the mainstream of Reformed orthodox thought? In this reviewer’s opinion, the answer is yes and no. While Hooker clearly agreed with many aspects of Reformed thought more broadly, the evidence that the author’s present to prove their case appear better to substantiate Peter Lake’s earlier depiction of Hooker as a via media theologian. Like many authors from the time period treated, Hooker was an eclectic thinker. If shared ideas, sources, and methods make one a Reformed theologian instead of a Reformed confessional identity, then the authors prove their case clearly. However, if a Reformed confessional tradition remains a standard for assessing the ideas of historic Reformed figures, then Hooker is, in at least a few respects, the odd man out. While room for disagreement on this issue remains among scholars, the primary value of these essays is that they force readers to ask questions such as this one as they seek to understand the character of post-Reformation Reformed theology.