Book Review: Johannes Cocceius on The Doctrine of the Covenant 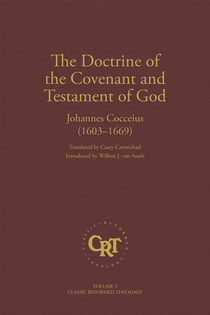