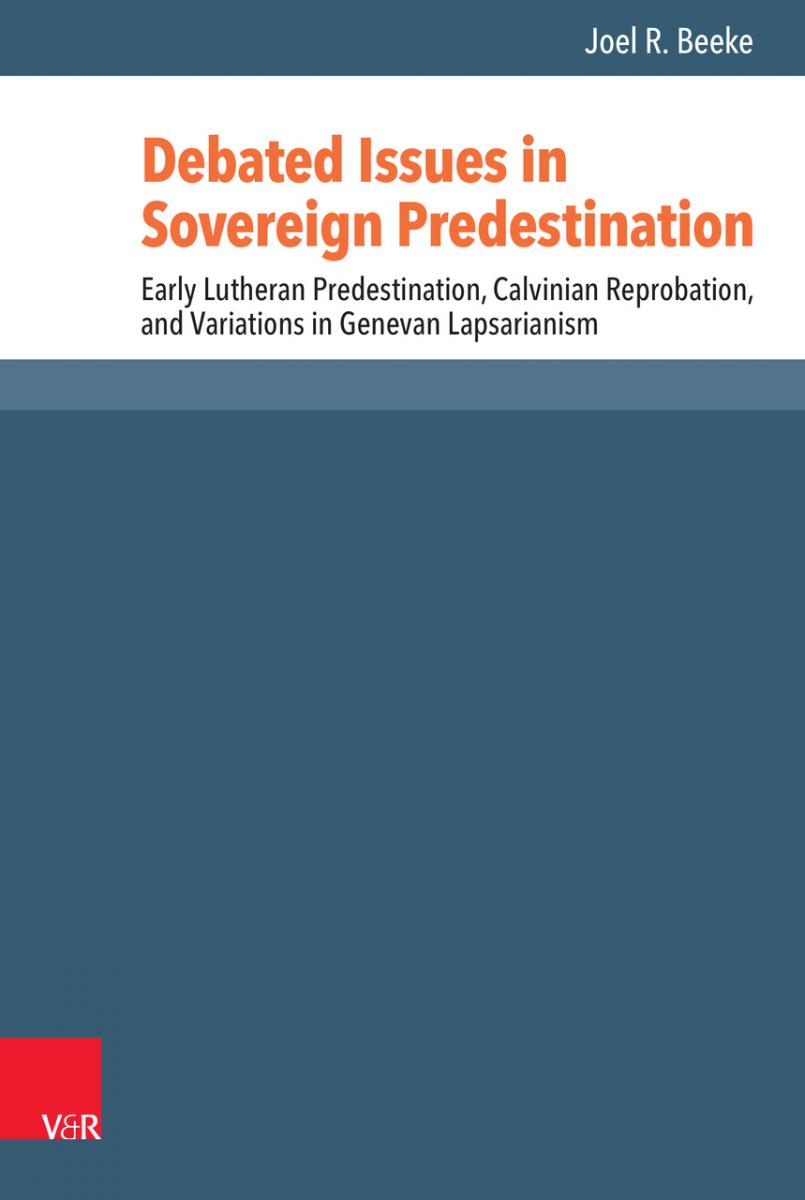 Predestination has frequently occupied the attention of those who are interested in the Bible and theology. Some people make the mistake of equating predestination with Reformed theology. Others react to this trend by underemphasizing the doctrine, noting that the Reformed system has many other distinctive features. This tendency to take opposite extremes is true in historical scholarship as well. While some have argued, mistakenly, that predestination was the central dogma, or teaching, of Reformed theology after Calvin, others have downplayed predestination as a vital component of Reformed thought. In Debated Issues in Sovereign Predestination, Joel Beeke presents a balanced approach to the subject. His treatment is a useful introduction to the distinction features of the early Reformed doctrine of predestination as compared to Lutheran theology and to later developments in Reformed thought. His clear and insightful analysis helps readers better understand the development of historic Reformed doctrine without over-exalting the importance in the Reformed system of theology.

The greatest strength of Beeke’s work is his simplicity and clarity. The author illustrates the Reformed doctrine of predestination by examining the related doctrine of reprobation. He describes the advantage of proceeding this way, writing, “The doctrine of reprobation acts as a hinge upon which the entire doctrine of God’s sovereignty in salvation turns…One’s view of reprobation functions as a window into his understanding of election” (66). The book is divided into three sections. The first treats predestination in early Lutheran theology, focusing on Lutheran, Melanchthon, and the Formula of Concord. The second section explores the doctrine of reprobation in Calvin’s theology throughout his career as a theologian and author. The third and last section of the book traces predestinarian themes in post-Calvin Geneva beginning with Beza, through Turretin, and into the thought of early Enlightenment professors of theology. His basic conclusion is that while Lutheranism tended to hesitate in either affirming or denying reprobation, Reformed authors regarded it as necessitated by Scripture and by logical inference from the implication of election to salvation. While Reformed authors later differed over the order of the divine decrees, these emphases remained consistent until the post-Enlightenment decline of Reformed theology. Beeke’s treatment of these themes is simple without oversimplifying the relevant issues. His explanation of various Reformed and Arminian positions on the logical order of the divine decrees in chapter thirteen is particularly clear and straightforward. These features and others make his book an excellent starting point for those desiring to understand the doctrinal and pastoral function of predestination in classic Reformed theology.

The only real drawback of this work is that the author depends on too many secondary sources or translated works in building his arguments. It is important in a work of this kind to draw primarily from Latin original texts rather than getting this material second-hand through other authors or through translators. However, Beeke more than makes up for this fact through the usefulness of his analysis. Drawing more fully from original sources in their original languages would simply make a good work even better.