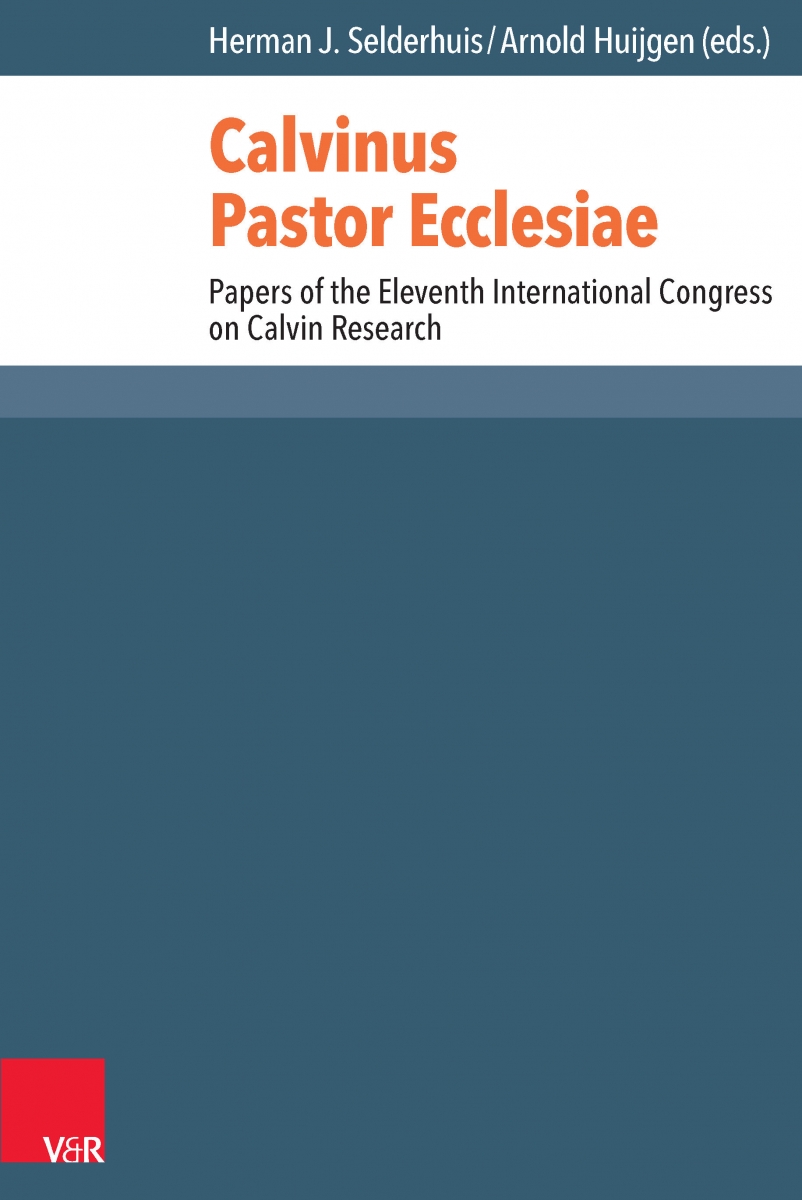 Many scholars have demonstrated ably that John Calvin neither founded nor dominated a theological tradition. However, the fact remains that Calvin often stands a little bit taller than his contemporaries. Calvin studies are and will remain an important part of the history of Christian theology, likely until Christ returns in glory. The editors of this volume assert that even though some people thought that interest in Calvin studies would decline following the five hundredth anniversary of his birth in 2009, the opposite is the case. Calvin studies have exploded in recent years and, even though the field has become a virtual cottage industry, the editors argue that there is more room for further research than ever before. The chapters of this volume represent some recent scholarly labors towards this end. While these essays vary widely in quality, many of them provide thought provoking and fruitful insights into vital theological topics.

This volume covers a wide range of theological issues. All of the articles, with the exception of four, are in English (there are three in French and one in German). Some chapters stand out as particularly relevant to historical and contemporary theology, such as those on recent Catholic studies of Calvin (Rahner), conscience and natural law (Thompson), Calvin and Oecolampadius on the Eucharist (Burnett), Bullinger and Calvin on Genesis 17 and covenant conditions (Hilebrand), mystical union with Christ (Kim, in French), pneumatology and participation in the Trinity (Lett), and Calvin and Bullinger on justification and sanctification (Mock). Three chapters treat Calvin’s views of church discipline in several different connections (29-50, 51-64, 435-448). In particular, the chapter on “L’union mystique chez Calvin” (333-346) is an excellent counter to recent authors who attempt to equate Calvin’s view of union with Christ with Eastern views of deification. The author argues on the grounds of Calvin’s comparison of mystical union with the union of Christ’s two natures in one person (commincatio idomatum) and with the idea that Christ’s deity exists beyond the limits of his humanity (extra calvinisticum) that Calvin regarded any concept of deification to be impossible, leading to superstition and idolatry (340). At least in Calvin’s conception in his historical context, deification was not a proper way of speaking of union with Christ. The downside is that the article is in French, which limits its accessibility to many readers. A few chapters later, Jonathan Lett presents an alternative view of union with Christ in Calvin’s thought, filtering the issue through pneumatology instead of Christology (355-365). These chapters illustrate how this volume sometimes presents counter positions in ongoing debates in historical and contemporary theology. The same feature of contrasting views appears in the two chapters assessing whether Calvin read Chrysostom in Greek (347-354 and 423-434). In a work this size covering such a wide range of topics, there is likely to be something of interest to most readers.

Not all of the essays in this book, however, are of equal quality. In spite of the chastening hand of authors, such as David Steinmetz and Richard Muller, many Calvin scholars still persist to treat Calvin’s thought in relative isolation from his historical contemporaries. This can result in a truncated or distorted view of what Calvin meant or why what he said was stood out (or did not). While many of the authors in this volume set a broader context, many others still lack a broader investigation into the theological climate of the time in which he lived. In defense of the latter, however, Calvin’s collected works in Latin and French push well over 60 volumes, if we include his sermons. Mastering such a prolific author is a daunting task.

In addition to contextual issues, some authors in the work appear to overshoot their arguments or lack nuances in their analysis. For instance, Ward Holder argues that Calvin was inconsistent with himself in stating his sola scriptura principle, citing his failure to apply it regarding the authority of church councils and fathers (309). He notes, however, that other respected scholars, such as Irena Backus, have adopted a more conservative view, in which Calvin carefully subordinated the authority of councils to Scripture without removing all interpretive authority from them. Similarly, Joe Mock attributes controversially a secondary and subordinate justification by works to Calvin (394) and he notes, without adequate explanation, that Bullinger sometimes placed sanctification prior to justification (395). Broader contextual studies and the gradual reintroduction of scholastic precision into Reformed theology would have clarified such issues. For instance, later Reformed authors affirmed clearly a judgment according to works at the last day for those already justified in Christ and they also appealed to the distinction between habits and acts in sanctification in order to show how “sanctification” both preceded and followed justification, though in widely differing respects. The first habitual sanctification (regeneration) created a disposition that resulted in saving faith. The later active sanctification flowed from justifying faith into the rest of the Christian life. It is difficult not to the seed thoughts of such later developments in the formulations of Calvin and Bullinger, with the result that these authors may not be as “markedly different” (391) from each other (or from the later Reformed tradition) as Mock depicts them to be.

There is more to this volume of essays than this review can cover. Perusing the table of contents alone will likely spark the interest of many reading this review. Those wanting to avoid the high cost of the work can request it through the inter library loan services of their local public library. While we should not treat Calvin as though he single handedly shaped Reformed theology, we cannot afford to ignore him either. Calvin is still worth reading, and Calvinus Pastor Ecclesiae helps us join in conversation with others about him in relation to many issues. This can only help us grow in our understanding of Scripture and theology.

Calvin and Culture, edited by David Hall and Marvin Padgett