Sometimes the best example is the worst example. In my years of teaching and coaching at the high school and college levels, I often revealed to my students and athletes not merely how I wanted something done, but how it was often done incorrectly. Do a wrestling move incorrectly and you might end up on your back counting lights, or hurting yourself. Run with poor form during a three-mile race and you are sure to wear yourself out more quickly and spend more time running.

God’s word certainly tells us how to live, but have you ever noticed how much of the history recorded in Scripture is filled with negative examples. Consider those mentioned in Hebrews 11, the supposed “Hall of Fame of Faith.” While we are told of the faith in God that Noah, Abraham, Isaac, Jacob, Moses, Gideon, David, and others exercised, each of them did some very bad things.  Their lives served as both good and bad examples. Of course, the worst examples are those who consciously rebelled against the Lord.

In Ephesians 4:17-19 Paul calls upon Christians to not walk or live as the Gentiles do. By “Gentiles” Paul was referring to the non-Christian. In those verses Paul dissects the “Gentile Way of Life”, and thereby implies what marks the true “Christian Way of Life.” His negative example serves to equip the true Christian to live pleasing to the Lord.

As Paul distinguishes what marks a non-Christian, he thereby implies what marks the Christian. Notice this: It is not that these things should mark the Christian; it’s that they do. Implications? Well, there are several, but among them is that we have in the apostle’s description a measuring device by which we can evaluate our life and that of others. We have a description of what both constitutes the life of the non-Christian and the Christian. Paul begins with an all-encompassing statement and then he breaks it down for us.

This says it all, doesn’t it? The non-Christian does not have the vitality, insight, enthusiasm, wisdom, strength, joy or fruitfulness of the Christian. Do we as Christians live in the power of what we DO have precisely because we are united to God’s life, his eternal life?

Because the non-Christian does not know truth, he or she cannot produce thinking that results in constructive projects and pursuits; the non-Christian can only, at least in an ultimate sense, tear down or destroy. The Christian does bear fruit. The Christian has a mind that produces thoughts that result in life, in encouraging people toward the good, the true and beautiful, that are filled with ingenuity, good ideas, or fruitful plans.

Paul just piles it on. Why would pastor’s and elders, Christian educational leaders and leaders of parachurch ministries model what they do, and the institutions they lead, after people with futile thinking, a darkened understanding and who are ignorant?

The non-Christian isn’t seeking after God; their heart is hardened against and callous towards God. The true Christian is sensitive to God, because, like Lydia in Acts 16, the Christian has had their heart opened to the things of God by God. The Christian delights in hearing and receiving God’s word, and eventually responds to it with both repentance and joy.

Notice the death spiral that the non-Christian is in. Notice the life of sacrificial, self-giving love and obedience of the Christian. There are fundamentally two walks of life, and there is a Grand Canyon of a difference between them. Initially, with others, the difference can be obscure, but eventually it starts to reveal itself. Do you see it in others? Do you see it in yourself? 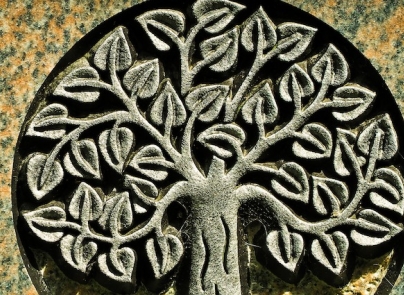