A Sainted Slave of the 18th Century 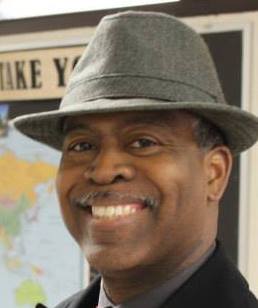 In the context of the English-speaking Atlantic world during the 18th century, many of the oppressed were African enslaved persons. Yet during this time many enslaved Africans became Christians partly because of the Great Awakening. There is evidence from the mouths and pens of enslaved African Christians that they gospel that they heard and the Christianity that they believed was from a Reformed perspective. My focus in this post is on an enslaved African James Albert Ukawsaw Gronniosaw.
We know Gronniosaw through his, A Narrative of the Most Remarkable Particulars in the Life of James Albert Ukawsaw Gronniosaw, published in 1772 in London. In fact, this was one of the earliest, if not the earliest, English-language slave narrative. Gronniosaw was born in the kingdom of Bornu, a major West African kingdom in what is now Niger, Nigeria, Chad, and Cameroon. He gives his audience no date or year of birth since West Africans societies didn’t mark time by years or months. "W. Shirley," who wrote the Preface to the work, reckoned that Gronniosaw was sixty in 1772 and had been captured when he was fifteen. So Gronniosaw would have been born ca. 1710, and captured ca. 1725. What illustrates that the sin of chattel slavery was no respector of persons was the remarkable fact that Gronniosaw’s grandfather was the King of Bornu, which, of course, made him a prince.
This young prince's enslavement came through a bit of subterfuge. A merchant from the Gold Coast who traded in Bornu noticed convinced Gronniosaw, his parents, and his grandfather that living with him on the coast would serve him well. The trader assured Gronniosaw and his family that he would return. That never happened, of course. The merchant sold Gronniosaw to the captain of a Dutch ship off the coast of West Africa. After surviving the Middle Passage and arriving in Barbados, the captain sold him to a man from New York City, where he ventured became a house servant. Then, in what is a perplexing fact for us to look back upon, a minister named "Freelandhouse" purchased Gronniosaw. It was in that minister’s household that Gronniosaw learned about God and how to pray. He also accompanied his master to public worship each Lord’s Day. And it was during those Lord's Day sermons that Gronniosaw became convinced of his sin.
In his Narrative, Gronniosaw credits the Lord in bringing him to faith through ordinary means in that he recalled the gospel, especially that Jesus Christ was the Lamb of God. He also found solace in a relationship with his schoolmaster, and in reading Richard Baxter’s A Call to the Unconverted. Through reading Scripture, prayer, reading good literature, and being discipled, Gronniosaw felt his sins forgiven. He related an occasion in which he saw a light from heaven that shone only on him while he prayed for about a minute. He wrote: “I continued on my knees, and joy unspeakable took possession of my soul. --The peace and serenity which filled my mind after this was wonderful, and cannot be told.” He also thought on the text from Jeremiah 32:40: “I will make an everlasting covenant with them, that I will not turn away from them, to do them good; but I will put my fear in their hearts that they shall not depart from me.” Following this he went to his old school master to tell him, and they both rejoiced. Shortly after, his master died, and upon his deathbed set Gronniosaw free. After some years in freedom but still working for his master’s family, he landed in England.
What we can reflect on is here is the Lord's providence in the life of an African slave who served in a Dutch Reformed household in New York City. From the text of the Narrative it is clear that this particular Dutch Reformed slaveholding family included slaves in their household piety. Records show that there were other slaveholding households that operated in the same way. In these contexts, slaves received catechetical instruction at home and went to public worship. We have evidence of slaves being full communicant members of Dutch Reformed churches in New York. As full members of the church, this meant that they were able to baptize their babies.
Yet, we also need to acknowledge that the Reformed understanding of the time allowed for slaves to be members of the churches but to remain slaves. This was their (mis)understanding of New Testament passages such as 1 Corinthians 7, Ephesians 5, Colossians 3, and Paul's letter to Philemon. Many lacked an 18th century application of those passages, failing to question the premise that chattel slavery was the same as ancient slavery/servitude in the Graeco-Roman world. While Gronniosaw received his freedom from slavery at his master's death, the majority of African slave captives who became Christians and communicant members of the Dutch Reformed Church, remained enslaved, and would so for another 1oo years.
__________
Dr. Eric Washington
Assistant Professor of History  & Director of the African and African Diaspora Studies Minor
Calvin College, Grand Rapids, MI
Share on Facebook Tweet Widget